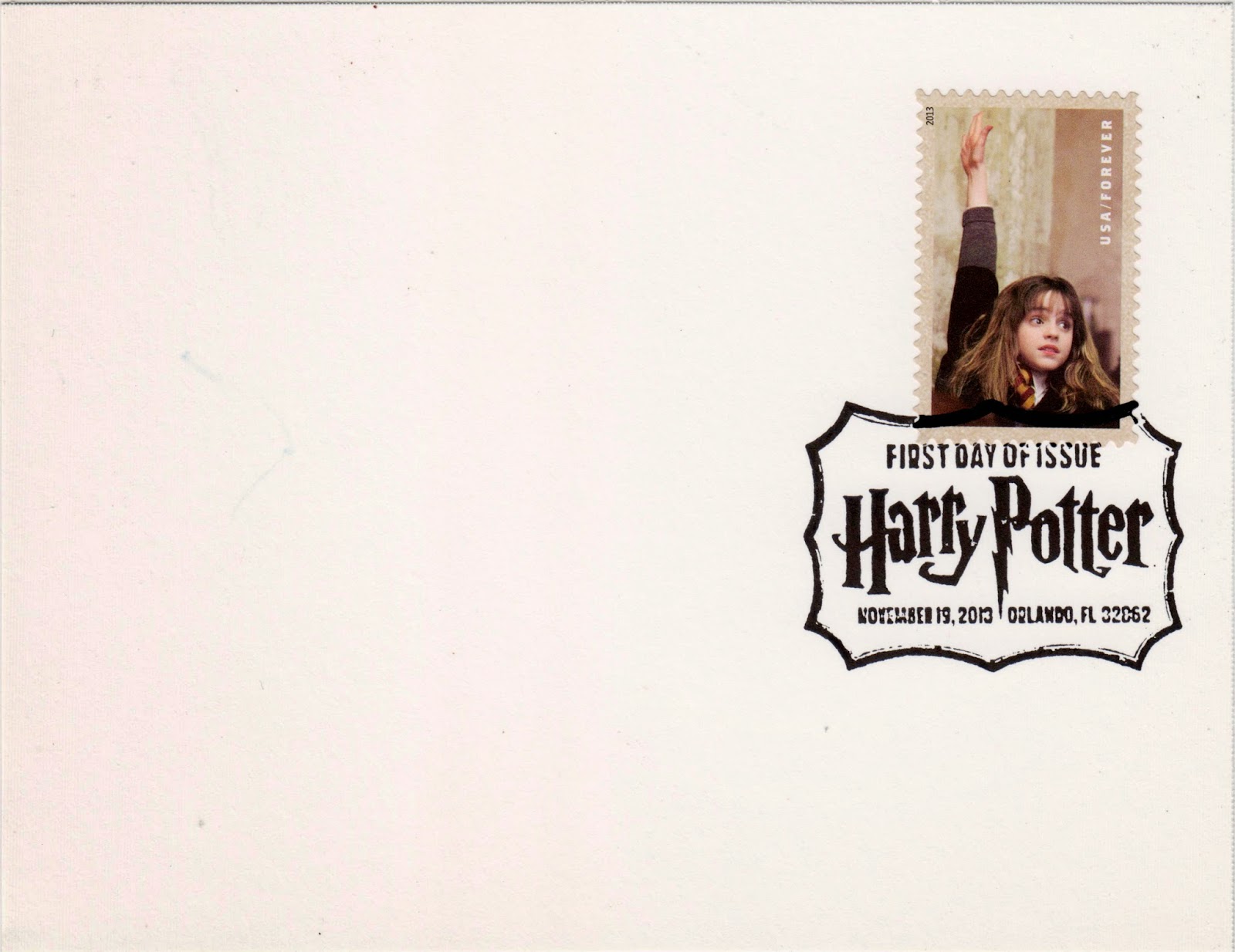 Gender equality is not only a women's issue, as she pointed out: "I've seen young men suffering from illness, unable to ask for help for fear it will make them less of a man ... I've seen men fragile and insecure by a distorted sense of what constitutes male success. Men don't have the benefits of equality, either. We don't often talk about men being imprisoned by gender stereotypes but I can see that they are."

An anonymous user at 4Chan website had threatened to leak nude photos of the actress for speaking out. The incident highlights the current unequal social landscape in a long history of bullying against women both on and off the Internet. It adds urgency to act: "If not me, who? If not now, when?"


The featured postcard was a Harry Potter stamped card showing Hermione Granger, a fictional character played by Emma Watson in the Harry Potter series. It was sent in for a black and white or “hand cancel” first-day-of-issue postmark of 1.733" x 1.222″ in size.
Posted by twimbk at 11:53 PM