It's the Journey that Counts 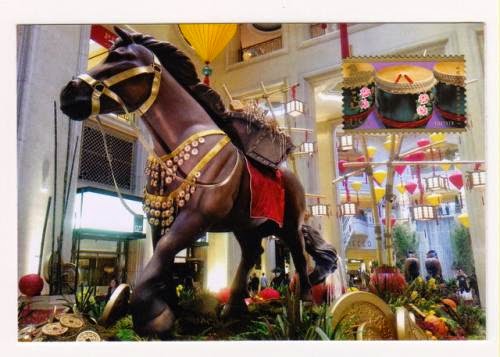 Postcard US-2692599 to Japan shows a 16-foot or 4.9-meter horse, centerpiece of the "Year of the Horse" art installation at The Palazzo's Waterfall Atrium and Gardens, commemorating Chinese New Year that begins on January 31, 2014. Having since concluded on February 16, 2014, there were eight hand-sculpted and hand-painted horses throughout the display. The photo was taken on January 20, 2014.

However, after I sent the card in for the first-day-of-issue postmark, it was returned to me on April 11, 2014 without cancellation. I had addressed the card to Japan with adequate international postage and asked it to be released for mailing. 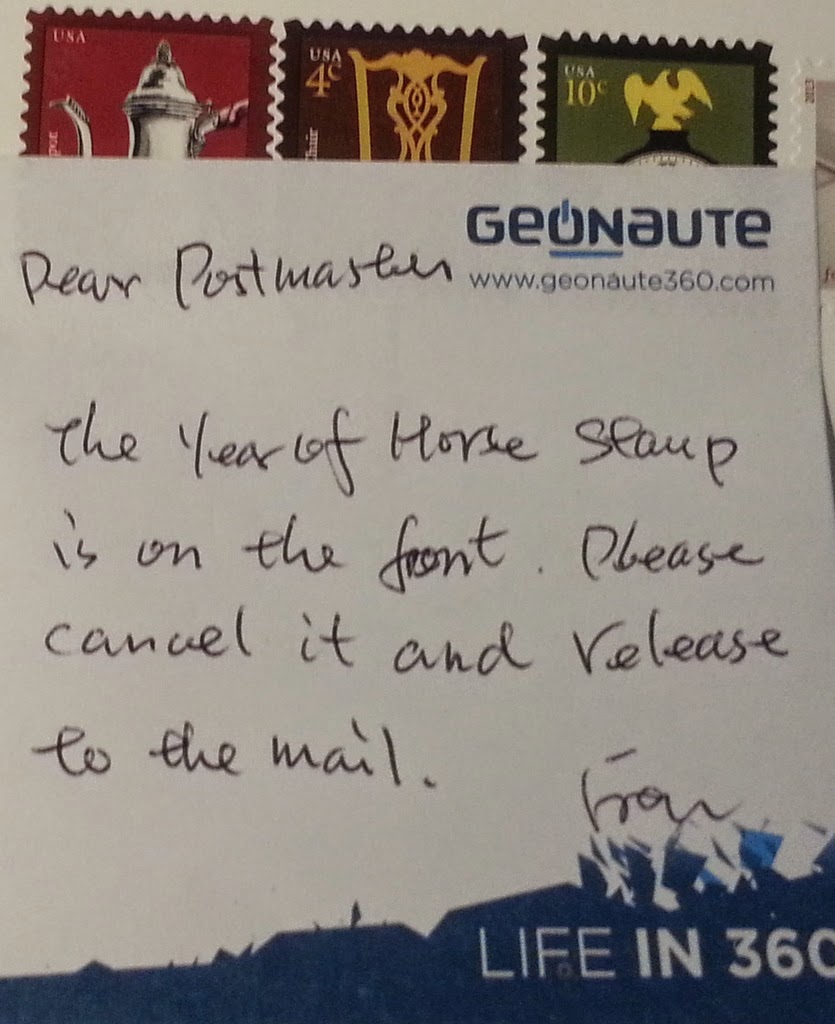 I added an apology on the card for not being able to secure a first-day-of-issue postmark and re-posted it on the same day on April 11, 2014. A message came on September 1, 2014: "The postcard US-2692599 you sent to marie1112 in Japan was registered by Postcrossing. The account of the receiver was closed and for this reason the postcard was automatically registered."

I am not sure why this card did not get the first-day-of-issue postmark, and I don't know if the card reached the receiver before she closed her account. But, I tried.
Posted by twimbk at 11:50 PM