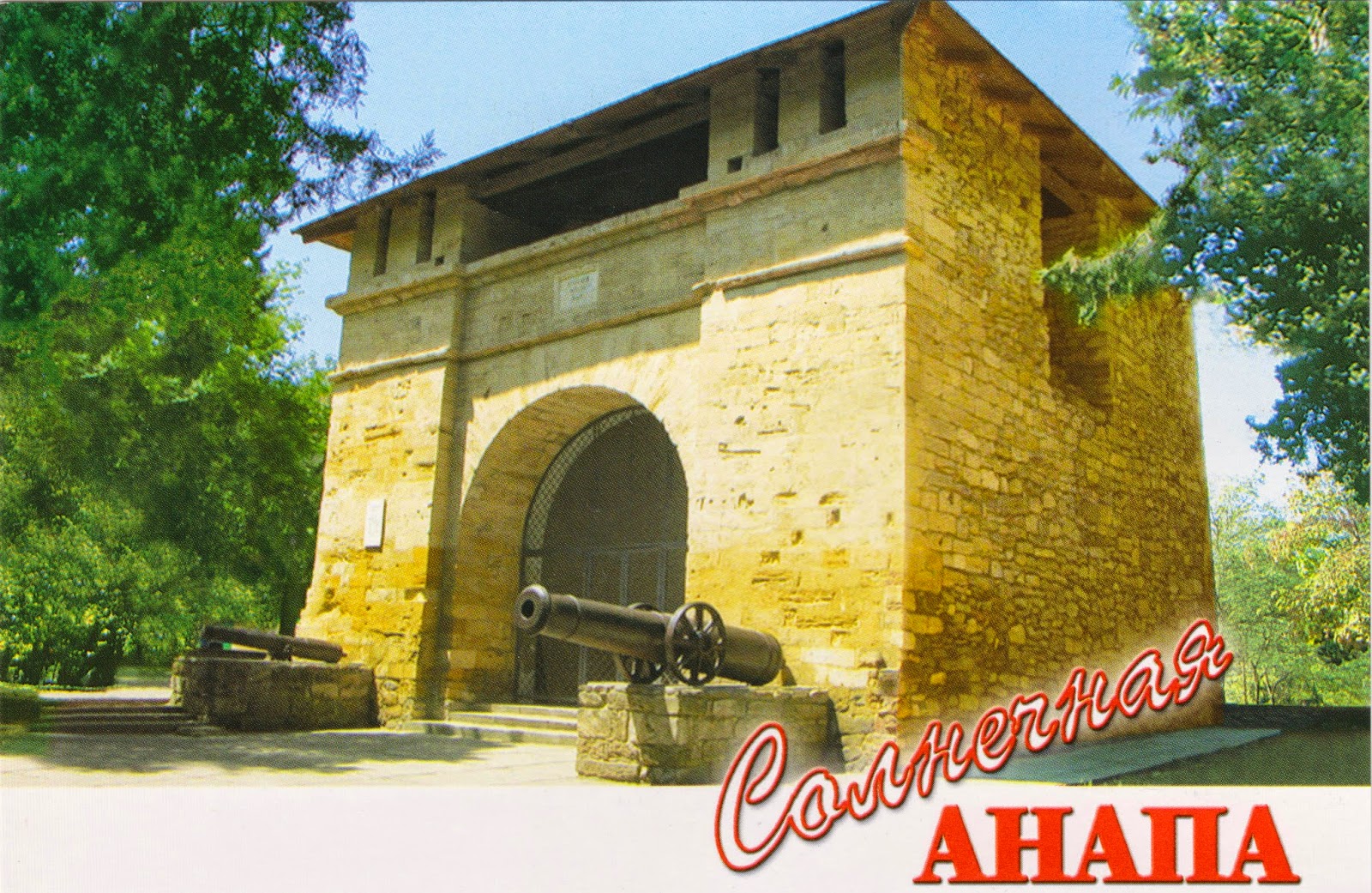 Postcard RU-3004438 from Russia shows remnants of Turkish Fortress in Anapa, a Russian resort town with a population of 58,990 as of 2010 on the northern coast of the Black Sea near the Sea of Azov. It is 333 kilometers from Sochi, another resort city along the Black Sea coast and the site of the XXII Olympic Winter Games in 2014.

Anapa was once a Turkish city and subject to the constant battles with Russia. Ottomans started to built a fortress in 1783 to defend against the Russian threat and completed it in 1791, consisting of seven bastions that were connected by a 8-meter-tall 3200-meter-long high wall with three gates. When Anapa was handed over to Russia under the Treaty of Adrianople in 1829, the fortress had undergone repeated attacks by Russia and was all but destroyed during its last siege. The commemorative plate on the wall reads "Gate remnants of the Turkish Fortress, built in 1783, named in honor of the 25th anniversary of the Russian liberation from the Turkish control of Anapa in 1828."
Posted by twimbk at 11:06 PM