Scotland Voted to Stay in U.K. 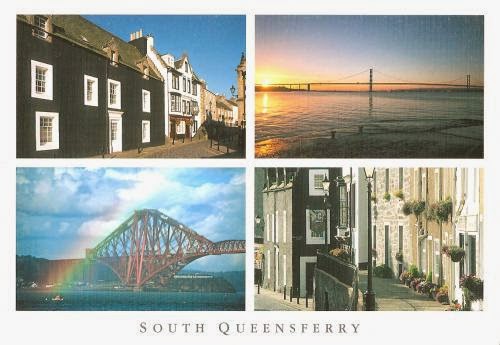 People in Scotland voted 55 percent to 45 percent to remain part of the United Kingdom, against independence in a historic referendum on Thursday September 18, 2014, with an unprecedented over-85 percent turnout.

The result kept a 307-year union with England in place, bringing a huge sigh of relief to the British political establishment by ending the prospect of losing a substantial part of its territory, oil reserves and international influence.

Postcard GB-497558 shows multiple views of South Queensferry, a town to the west of Edinburgh, Scotland, with a population of  9,026 in 2011. The sender was originally from Scotland, but now lives just north of London in England.
Posted by twimbk at 11:58 PM