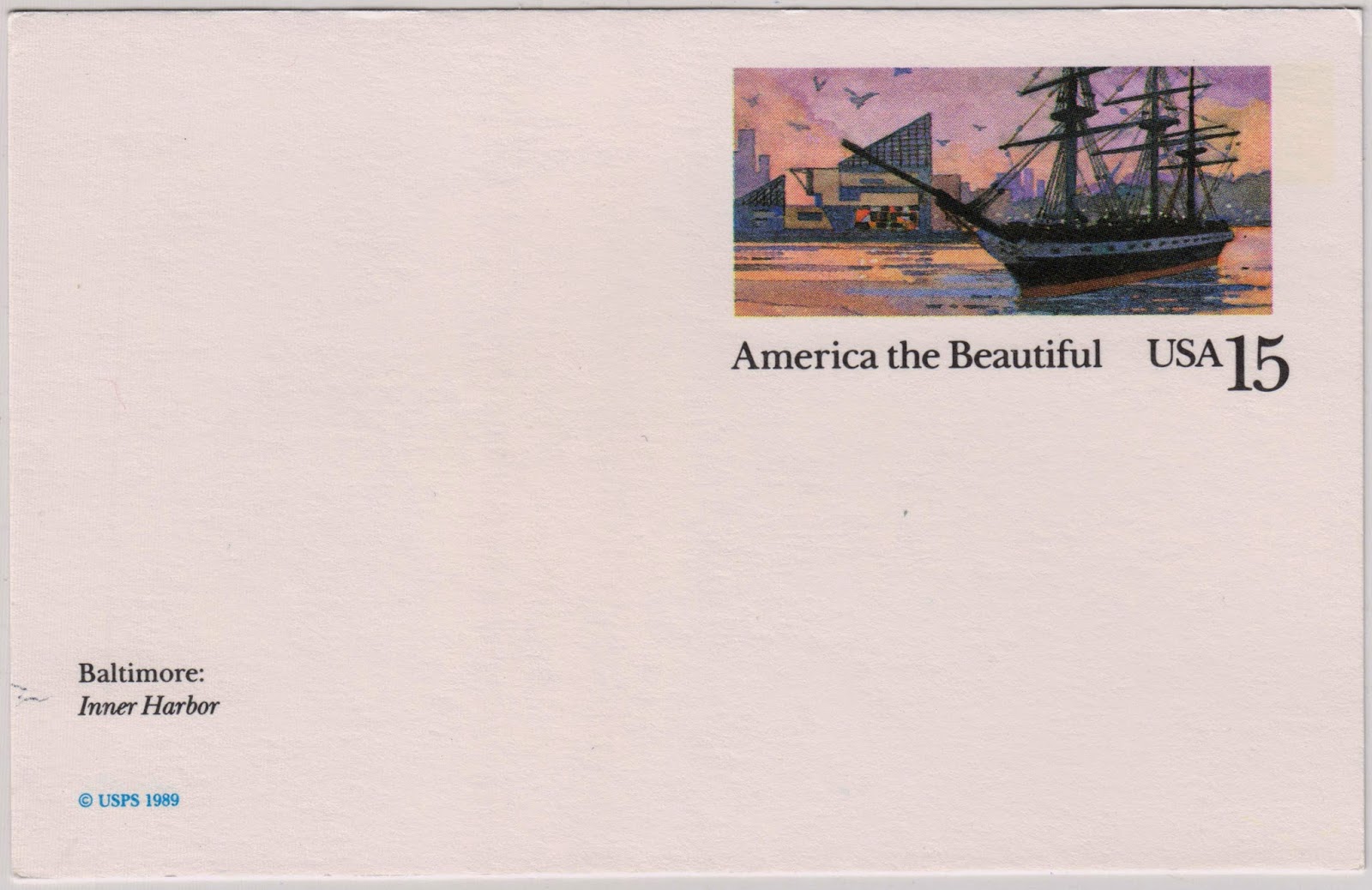 The celebration of the bicentennial of the National Anthem took place at its birth place Baltimore, Maryland this weekend with appearances of the U.S. Vice President Joe Biden, Maryland Governor Martin O'Malley, and other celebrities and elected officials last night. The week-long Star-Spangled Spectacular, from September 10 to September 16, 2014, features more than 30 tall ships and U.S. Navy vessels, the Blue Angels airshows, concerts, festivals and fireworks.

Before the fireworks on September 13, 2014, one of the 21 songs performed at a concert, live on THIRTEEN'S Great Performances on PBS, from Baltimore's Pier Six Pavilion was "America the Beautiful" by Little Big Town and Kenny Rogers.

This Baltimore: Inner Harbor stamped card, issued by USPS on October 7, 1989, was one of the several "America the Beautiful" series I bought from the Israel I. Bick Coin, Currency, Jewelry and Stamp Shows early this year. The USS Constellation, shown on the postcard, is one of the 30+ ships accessible during the Star-Spangled Spectacular, It was the last all-sail ship built by the United States Navy. A sailing ship is usually referred to a wind-powered vessel. Among its early missions were disrupting the slave trade, and delivering famine relief supplies to Ireland.