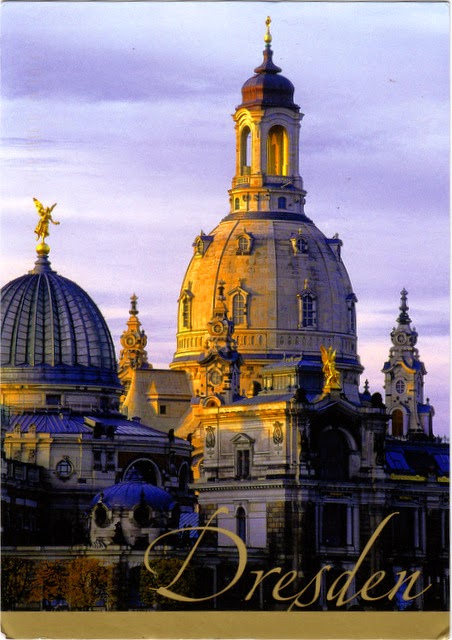 Postcard DE-3525462 from Germany shows the restored Frauenkirche, a Lutheran church in Dresden, the capital of the German state of Saxony by the River Elbe near the Czech border as part of the Saxon Triangle metropolitan area with 2.4 million people.

Built in the 18th century, the original church was destroyed in the bombing of Dresden during the final months of World War II. The bombing by the British Royal Air Force (RAF) and the United States Army Air Forces (USAAF) in February 1945 destroyed over 1,600 acres or 6.5 square kilometers of the city center and killed around 25,000 people, which resulted in post-war controversy on whether or not the attacks were justified due to heavy civilian casualty. The remaining ruins had been left as a war memorial by East German leaders until the church was rebuilt between 2004 and 2005 after the reunification of Germany in 1990. With one of the largest domes in Europe, Frauenkirche is not only a fine example of Protestant sacred architecture but also a symbol of reconciliation between former enemies.
Posted by twimbk at 11:58 PM