Tom of Finland Got Stamp of Approval 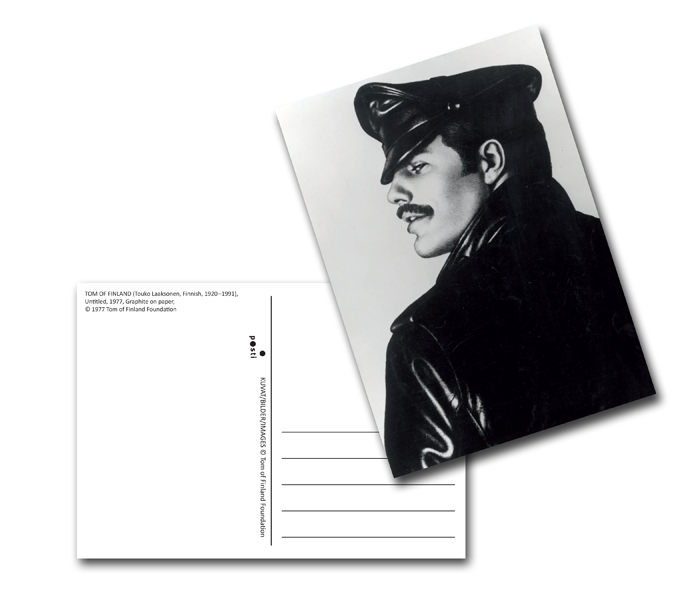 Breaking the tradition again, I am blogging a postcard that I don't own yet. It is part of the Tom of Finland packing - postcards and stamps issued by Posti, the postal service company in Finland.

Stamps commemorating homoerotic artist Touko Laaksonen, known as Tom of Finland, went on sale on Monday, September 8, 2014. With pre-sale from 178 countries, the stamps become the country's best seller so far. Great oversea interests come from Sweden, the United Kingdom, the United States, and France, according to the number of orders placed outside Finland.

Designer Timo Berry told Finnish public radio station YLE: “It’s great that these images, which in the past had to be sold under the table, can now be openly stuck on an envelope or a postcard.” Similar to the Harvey Milk stamp issued in the United States on May 22, 2014, Tom of Finland stamps celebrate the freedom of expression and mark the progress of LGBT rights. 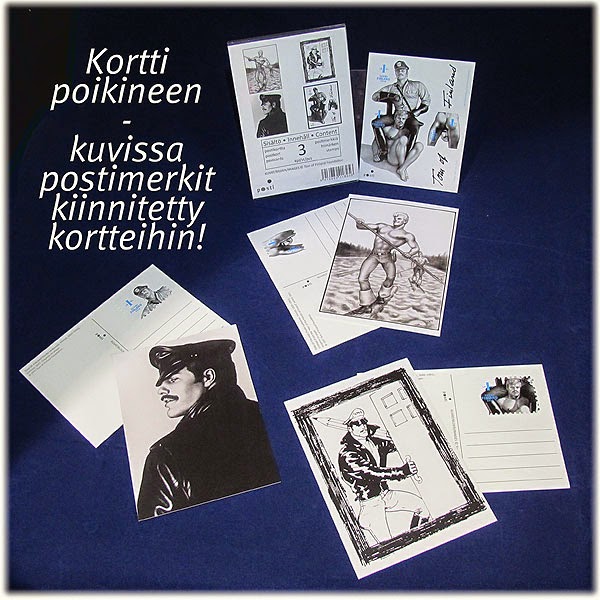