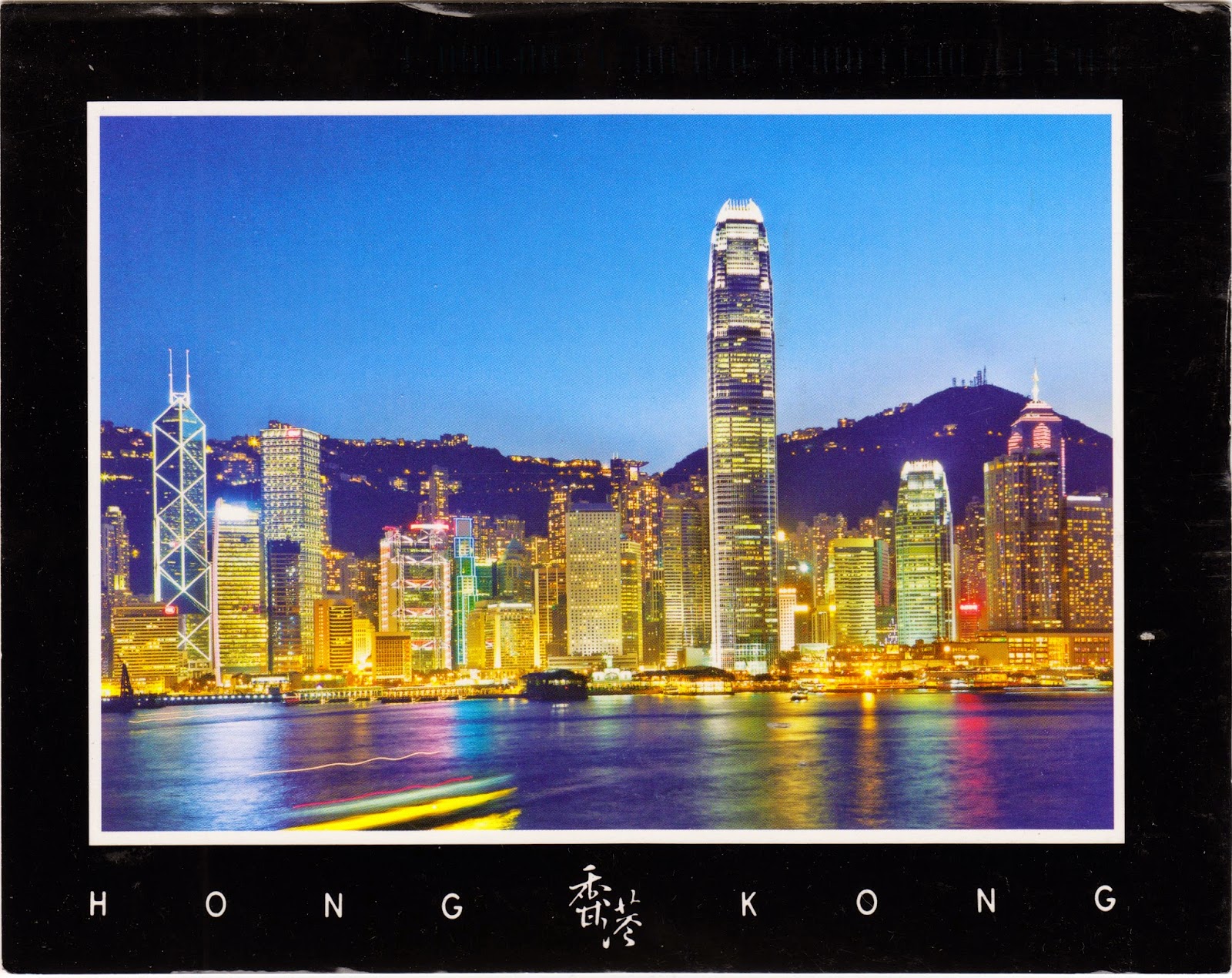 A civil disobedience campaign broke out in Hong Kong over the weekend. Occupy Central, aiming to disrupt the activities in the Central Financial District, started as a result of the protesters demanding free elections for Hong Kong’s next leader, while the central government in Beijing insisting the rights of vetting the candidates. The riot police has withdrawn after a night of violent clashes. However, it is unclear when and how the protests will end since the demands from the two sides are far apart so far.

Postcard  HK-198325 from Hong Kong shows the skyline of the Central Financial District across the Victoria Harbor in Hong Kong.
Posted by twimbk at 11:56 PM