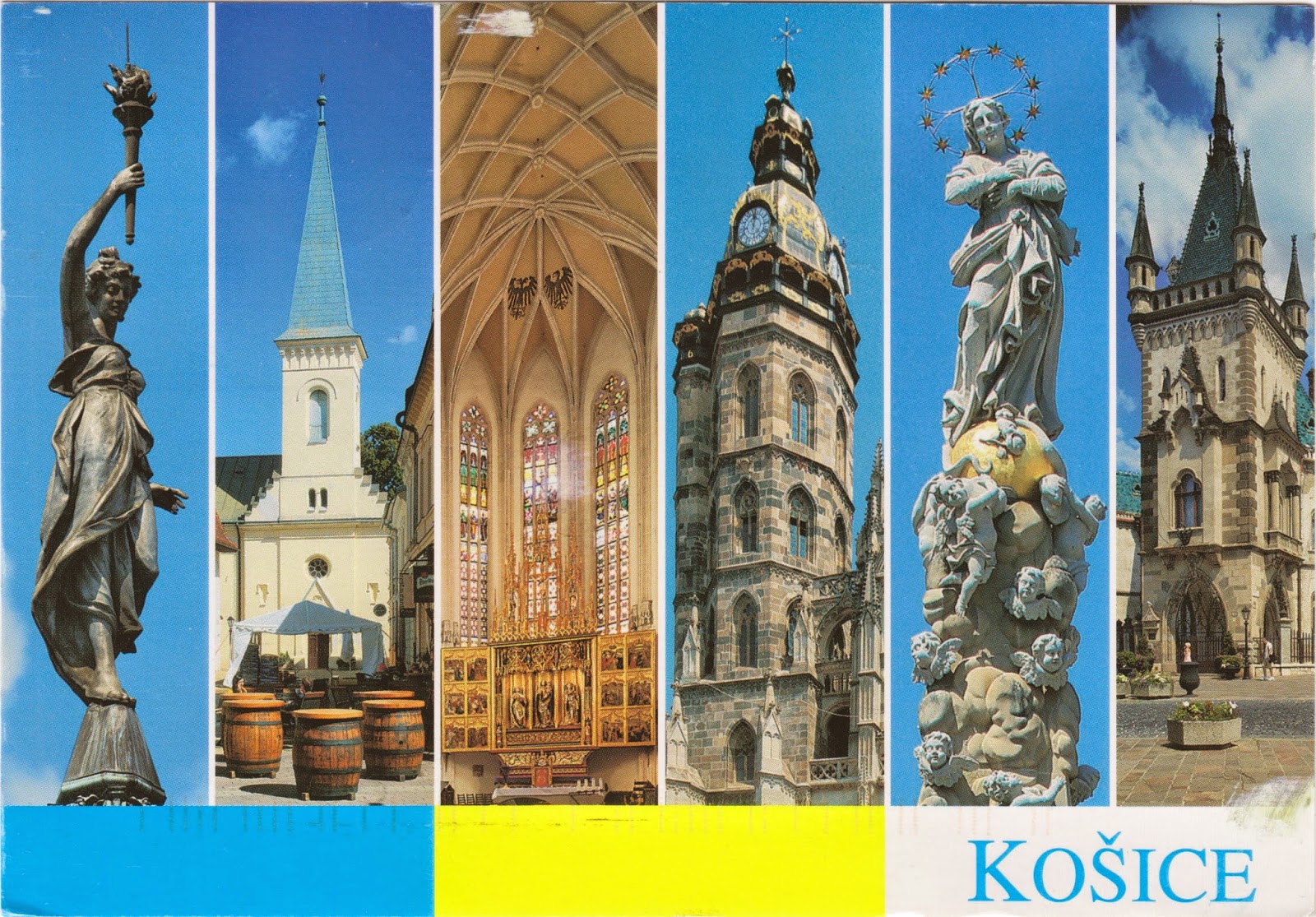 Slovakia was first occupied between the 5th and 6th centuries. The first Slavic state was created as Samo's Empire around the 7th century. After the 10th century, the Kingdom of Hungary covered the territory of today's Slovakia, and later became part of the Austro-Hungarian Empire. The present-day Slovakia and Czech were resulted from the peaceful dissolution of the mutual state Czechoslovakia on January 1, 1993.

Košice is the second largest city in Slovakia with a population of 240,000, next to the capital city Bratislava. It was the European Capital of Culture in 2013, along with Marseille, France. The city has a well-preserved historical center with many heritage protected buildings in Gothic, Renaissance, Baroque, and Art Nouveau styles. The St. Elisabeth Cathedral, as seen in the middle of the card, is Slovakia's largest church.
Posted by twimbk at 11:54 PM