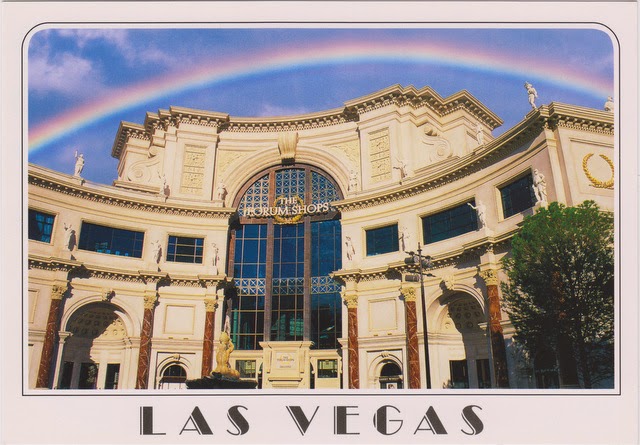 #FightFor15 protests took placed in the United States as planned on September 4, 2014. Fast food workers are seeking a $15/hr living wage and the right to unionize. Arrests of participating activists had been reported in New York City, in Miami, in Chicago, in Los Angeles, and in Las Vegas. According to Las Vegas Sun, about 100 workers joined in the demonstration near the Mirage casino on the Las Vegas Strip today and about 10 demonstrators were taken into custody by police for being in the roadway. 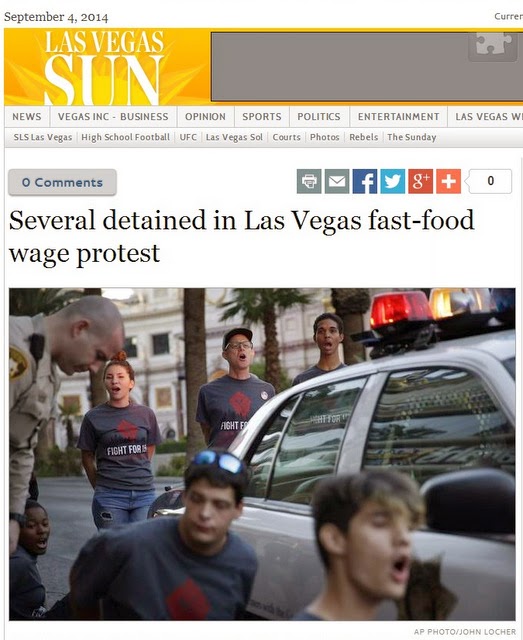 Postcard US-2776632 to Latvia shows a rainbow over the Forum Shops at Caesars, which can be seen in the background of the arrest photo published online.
Posted by twimbk at 11:56 PM