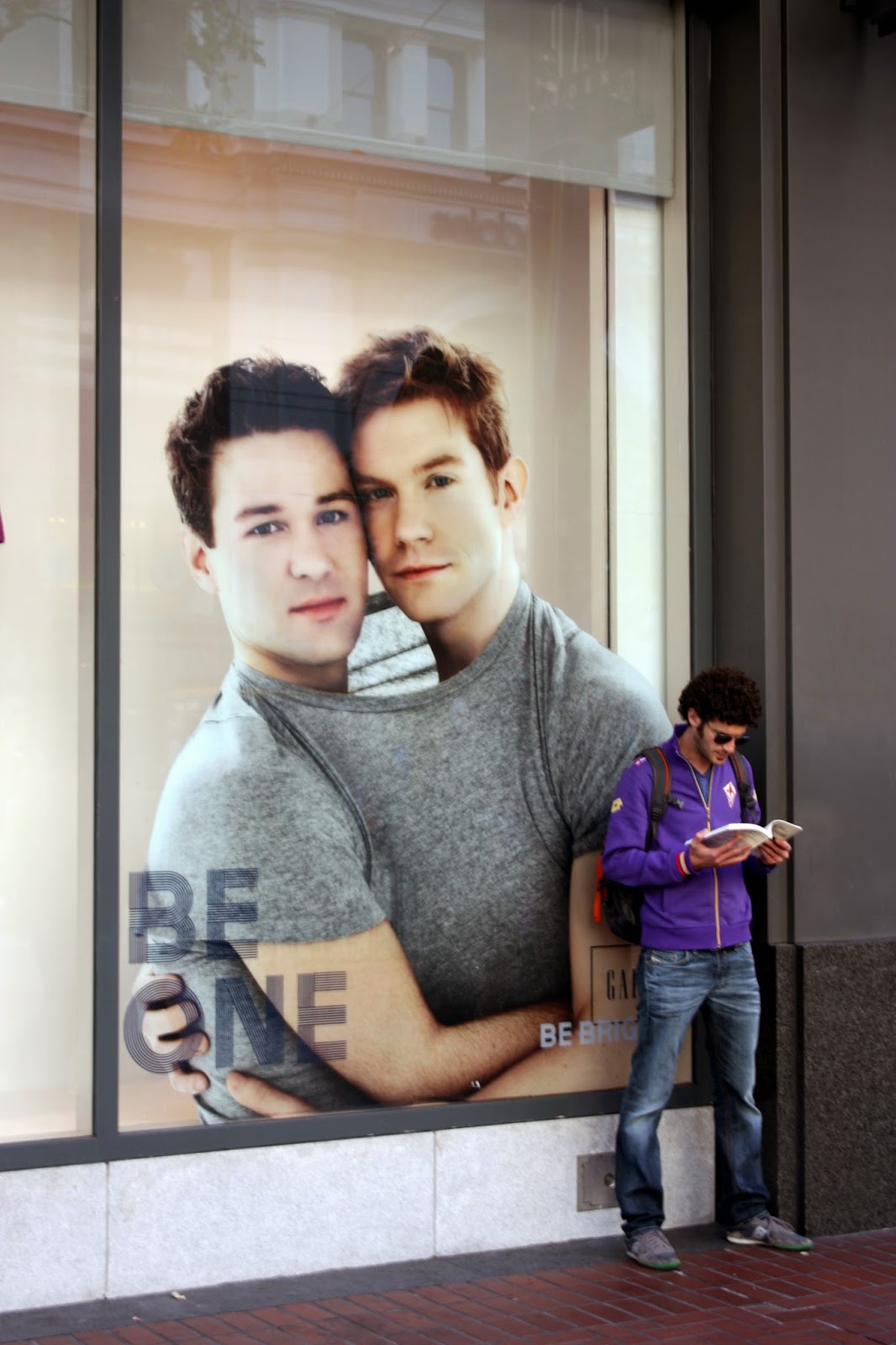 The Ninth Circuit Court of Appeals in San Francisco began to hear oral arguments in challenges to same-sex marriage bans in Idaho, Nevada and Hawaii today on September 8, 2014. A three-judge panel had tough questions for marriage equality opponents and seemed ready to say for the second time that same-sex couples have a constitutional right to marry.

Meanwhile, as state officials in Nevada decided not to defend the bans, the same-sex marriages might become a reality quickly in Nevada if the court rulings overturn the bans. County clerks are making new marriage license forms that list “party 1” and “party 2” instead of “bride” and “groom”.

Outgoing postcard US-2967646 to Canada shows the 2012 Gap advertising campaign in San Francisco, featuring a same-sex couple.
Posted by twimbk at 11:51 PM