400,000 March for Attetion to Global Warming in New York City 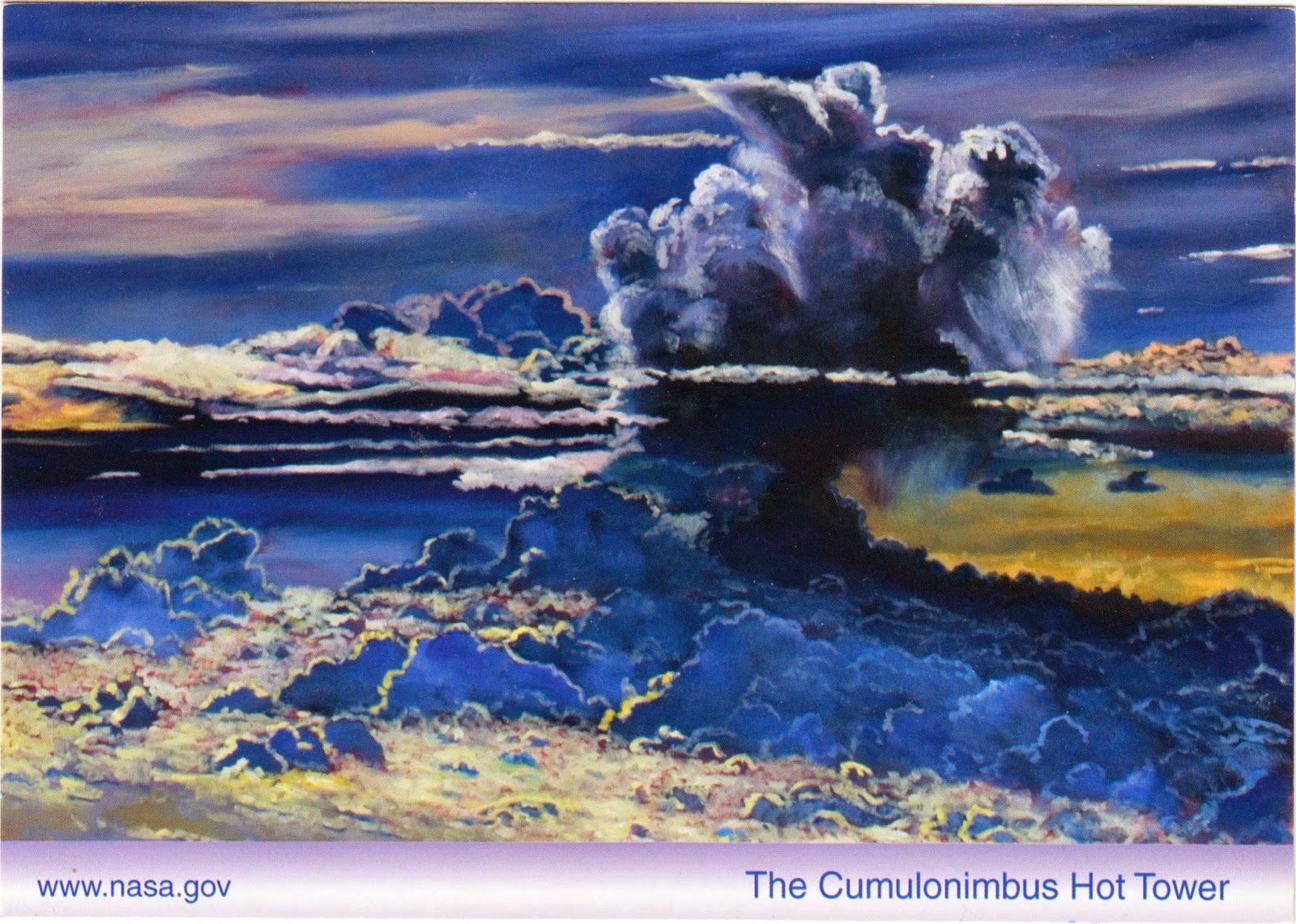 Earlier in the Sunday morning, People’s Climate March started with people lining up along 27 blocks on Central Park West, from 59th Street to 86th Street, in New York City. It was part of coordinated efforts, around the world from Hollywood, to London, Berlin, and Rio de Janeiro, that demand the governments and world leaders to take action on climate change.

It coincides with the United Nations Climate Summit that starts on Tuesday September 23, 2014. More than 120 world leaders will congregate in New York City to prepare a binding global climate treaty for the climate talks in Paris in December, 2014. The treaty aims at reducing greenhouse gas emissions and increasing use of renewable energy. A similar effort failed in Copenhagen in 2009. United Nations Secretary-General Ban Ki-moon was among the marchers in New York. President Barack Obama is scheduled to speak at the Climate Summit.

The featured postcard shows an illustration of the Cumulonimbus Hot Tower by Graeme Stephens in 2003. Cumulonimbus clouds are the kings of all clouds, rising from low altitude up to more than 12,000 meters or 40,000 feet. Tehy grow due to rising and falling currents, with their top flattening out into an anvil shape. Cumulonimbus clouds are a sure sign of severe weather, with heavy rain and possible hail. NASA has deployed Cloudsat, a mission using advanced radar technology to study clouds. It is part of NASA's Earth System Science Pathfinder program. Along with other programs in NASA's Earth Observing System, it helps further understanding of the climate change issues.
Posted by twimbk at 11:56 PM