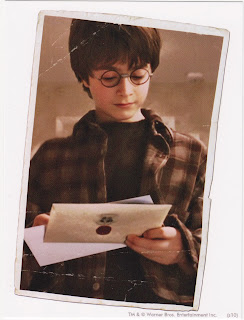 Postcard US-2545660 is going to India to a Harry Potter fan. It comes with a newly issued Harry Potter stamp by the USPS. However, the decision to issue those stamps is controversy as the USPS has bypassed the Citizens' Stamp Advisory Committee that has been charged with researching and recommending subjects for new stamps, The panel was dismal on the Postal Service's marketing department that has placed mass appeals and commercial values over stamps' culture values.

Inspector General David Williams at the USPS is asking for public input over the controversy:
If you have strong opinion on this topic, you can let your voice to be heard by adding comments to this blog.
Posted by twimbk at 12:57 AM