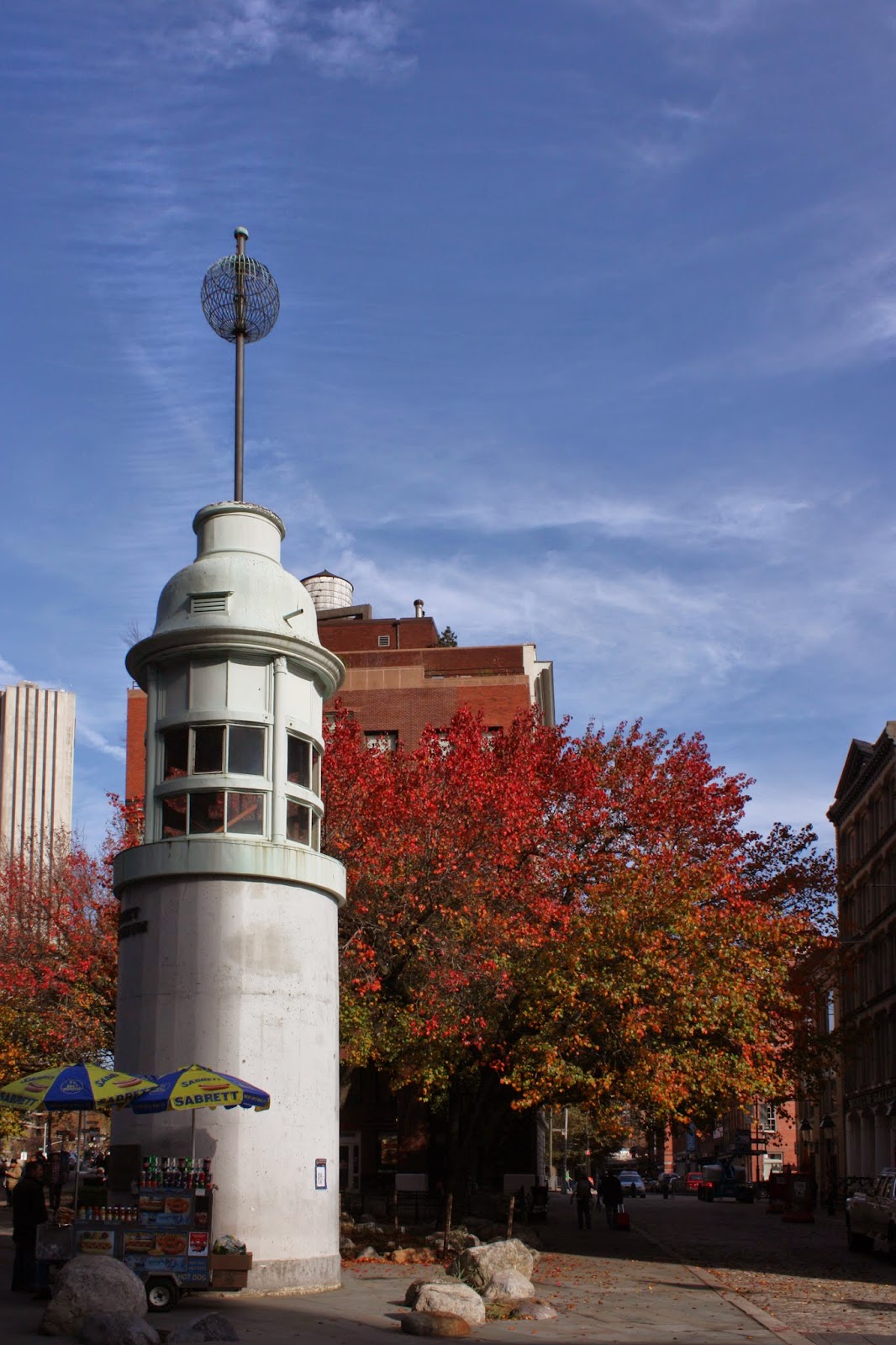 Postcard US-2849023 to Portugal shows the Titanic Memorial Lighthouse, at the entrance to the South Street Seaport in New York City, New York.

The 60-foot or 18-meter lighthouse was originally built on the roof of the old Seamen's Church Institute of New York and New Jersey at the corner of South Street and Coenties Slip in 1913, over looking the East River. The time ball on the top of the lighthouse, activated by a radio signal from the Naval Observatory in Washington D.C., would drop down the pole to signal 12:00 at noon to the ships in the harbor from 1913 to 1967.

When the Seamen's Church Institute moved to 15 State Street in July 1968, the lighthouse was donated to the South Street Seaport Museum. It was erected on the corner of Fulton and Pearl streets in May, 1976. It is one of those memorials in the U.S., Canada, England and Northern Ireland that remember the people perished on the RMS Titanic on April 15, 1912.
Posted by twimbk at 8:09 PM