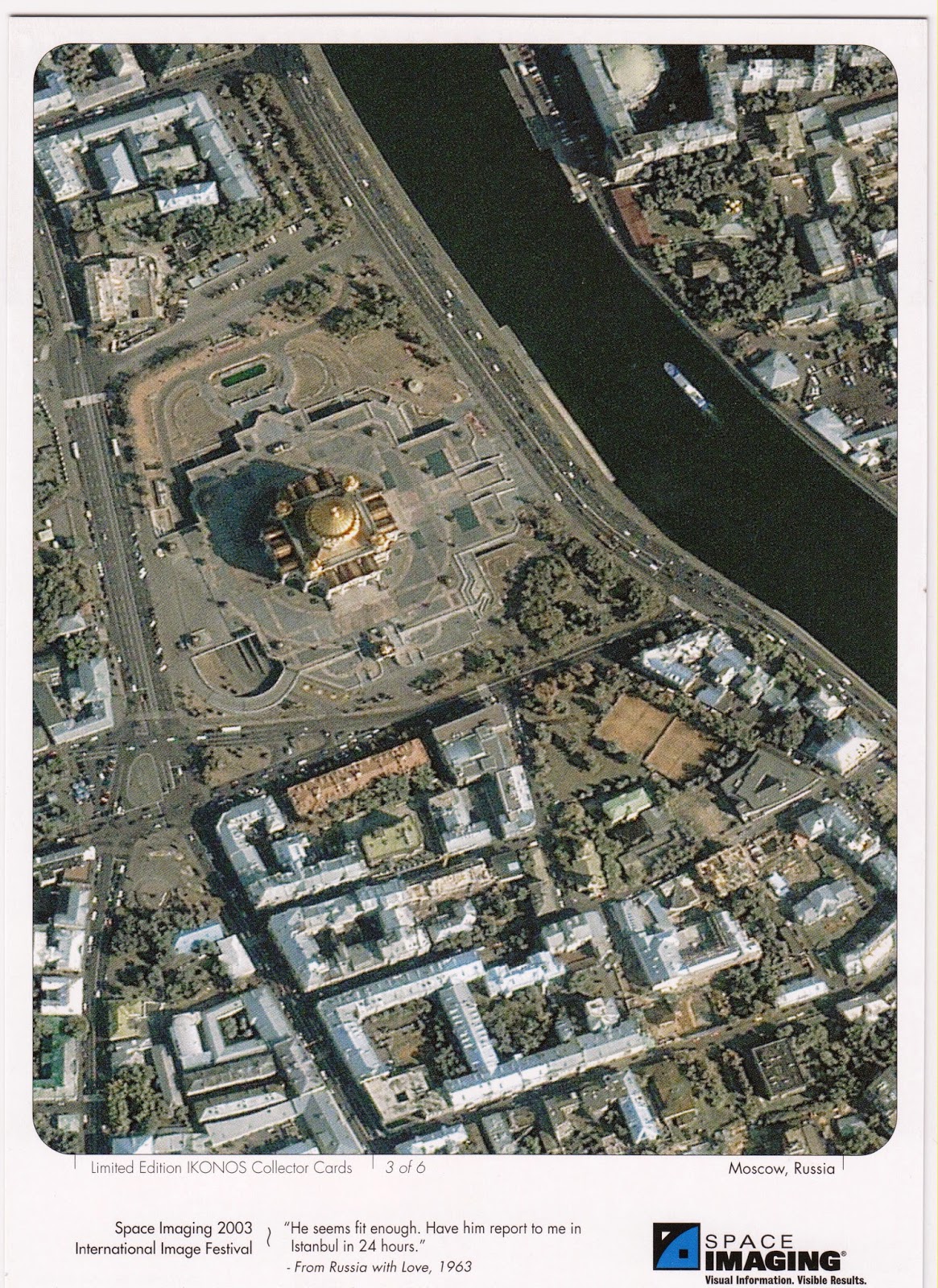 Fifty five years ago, the U.S. satellite Explorer VI was launched by a Thor DM-18 Able III rocket from Cape Canaveral's LC-17A site in Florida on August 7, 1959.  It took the first black-and-white photo of the planet Earth from space, showing a portion of the ocean and the cloud cover over the Central Pacific Ocean. It started an era of the earth observation from space.

Postcard US-1893434 to Russia was one of the six limited edition IKONOS Collector cards from Space Imaging 2003 International Image Festival. It shows the Cathedral of Christ the Saviour on the northern bank of the Moskva River, a few blocks southwest of the Kremlin, in Moscow, Russia. By comparing the image card with the recent satellite image from the same area on Google Maps, you can find out those changes in the area over the past 10 years.