Close the Book on Hate 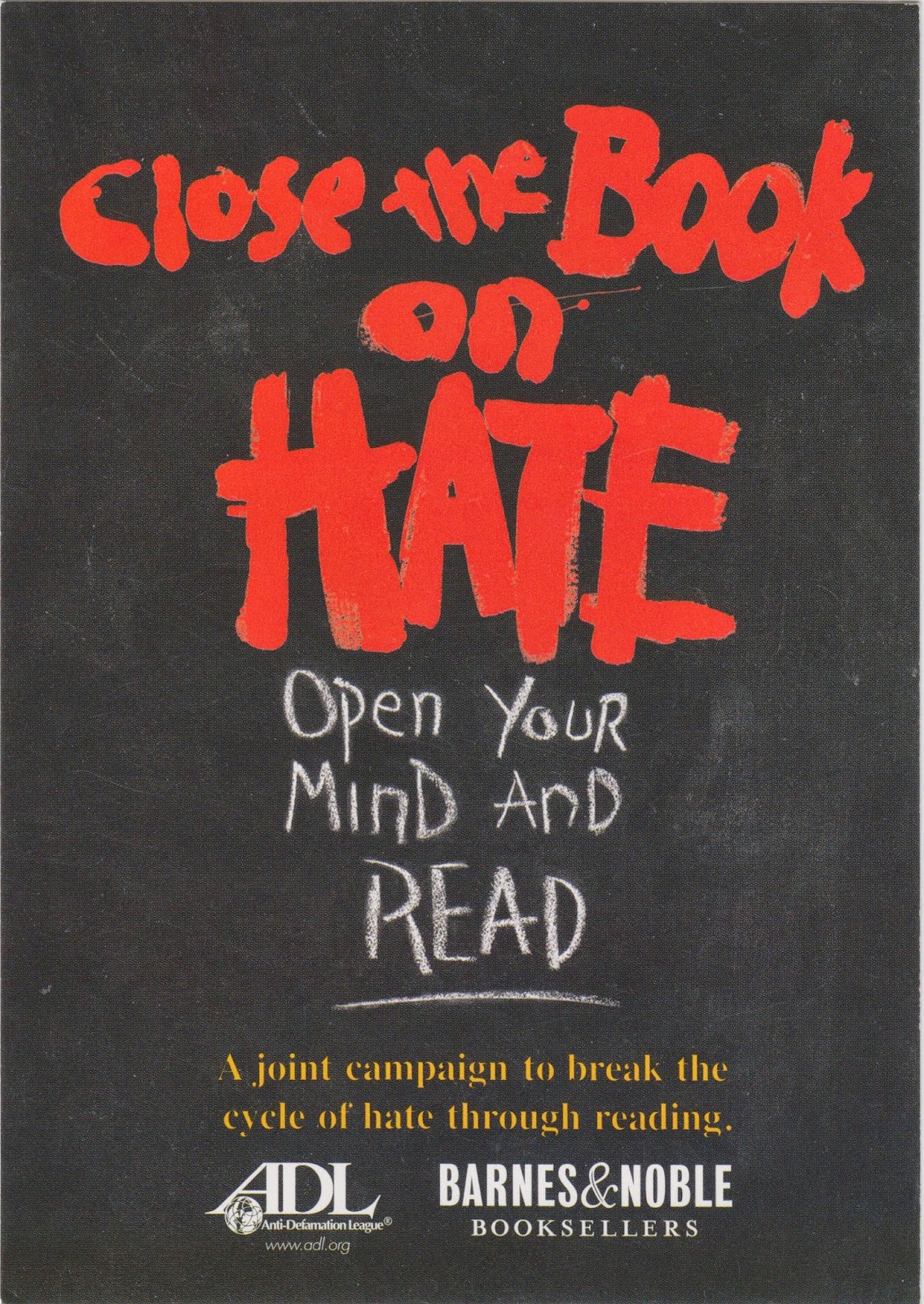 Postcard US-2869236 to Germany was the product of a joint effort of Barnes & Noble and Anti-Defamation League (ADL) that was designed to use education to help break the cycle of prejudice and hatred. The campaign kicked off in September 2000, with thousands of people involved around the country.

Kofi Annan, the seventh Secretary-General of the United Nations from January 1997 to December 2006, once said: “Ignorance and prejudice are the handmaidens of propaganda. Our mission, therefore, is to confront ignorance with knowledge, bigotry with tolerance, and isolation with the outstretched hand of generosity. Racism can, will, and must be defeated.”

In Michael Jackson's music video "Black or White" I mentioned yesterday, it did not include the last four minutes of the original music video where a black panther walked out of the studio and morphed into Jackson. He went on to perform some of his most physically challenging dance moves, which contained sexually suggestive and violent scenes. That resulted in MTV and other music video networks' censorship of the last four minutes from subsequent broadcasts. The censored video ended with a "Prejudice is Ignorance" title card.


In the background of the recent unrest accompanying the protests in Ferguson, Missouri against police shooting of unarmed Michael Brown, it occurred to me that Michael Jackson's visionary video had not lost its significance after 23 years. The campaign "Close the Book on Hate, Open Your Mind and Read," started 14 years ago by Barnes & Noble Chairman Leonard Riggio and Abraham Foxman, ADL National Director, offered "101 Ways to Combat Prejudice." Those methods remain valid and effective today.
Posted by twimbk at 11:52 PM