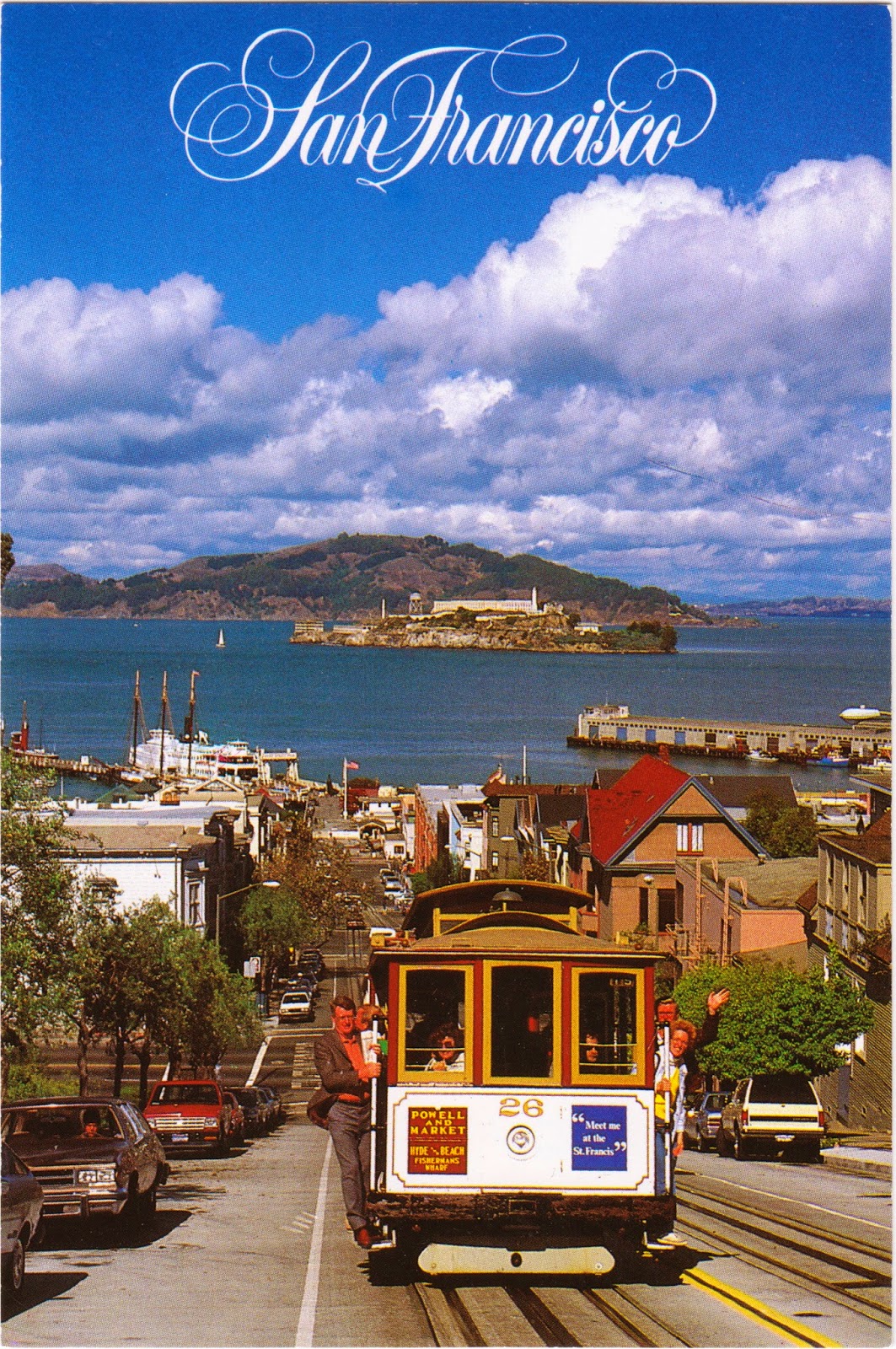 Postcard US-2468742 to Czech Republic shows the iconic San Francisco Cable Car, one of the most popular attractions in the city, with Alcatraz Island in the background. It is the last manually-operated cable car system in the world. At its heyday, there were twenty-three cable car lines established between 1873 and 1890. Three lines remain today: the Powell-Mason line that begins at the Powell@Market turntable, runs up and over Nob Hill and then down to Fisherman's Wharf; the Powell- Hyde line that also begins at the Powell@Market turntable, runs over Nob and Russian hills before ending at Aquatic Park near Ghiradelli Square near Fisherman's Wharf; the California Street line that runs East-West from the Financial District, through Chinatown, over Nob Hill, and ends at Van Ness Avenue. The cable car on the postcard runs on the Powell-Hyde line.

141 years ago today, the San Francisco Cable Car started as the Clay Street Hill Railroad, first opened on August 2, 1873. The cable cars were listed on the National Register of Historic Places on October 15, 1966, and designated as a U.S. National Historic Landmark on January 29, 1964.
Posted by twimbk at 11:33 PM