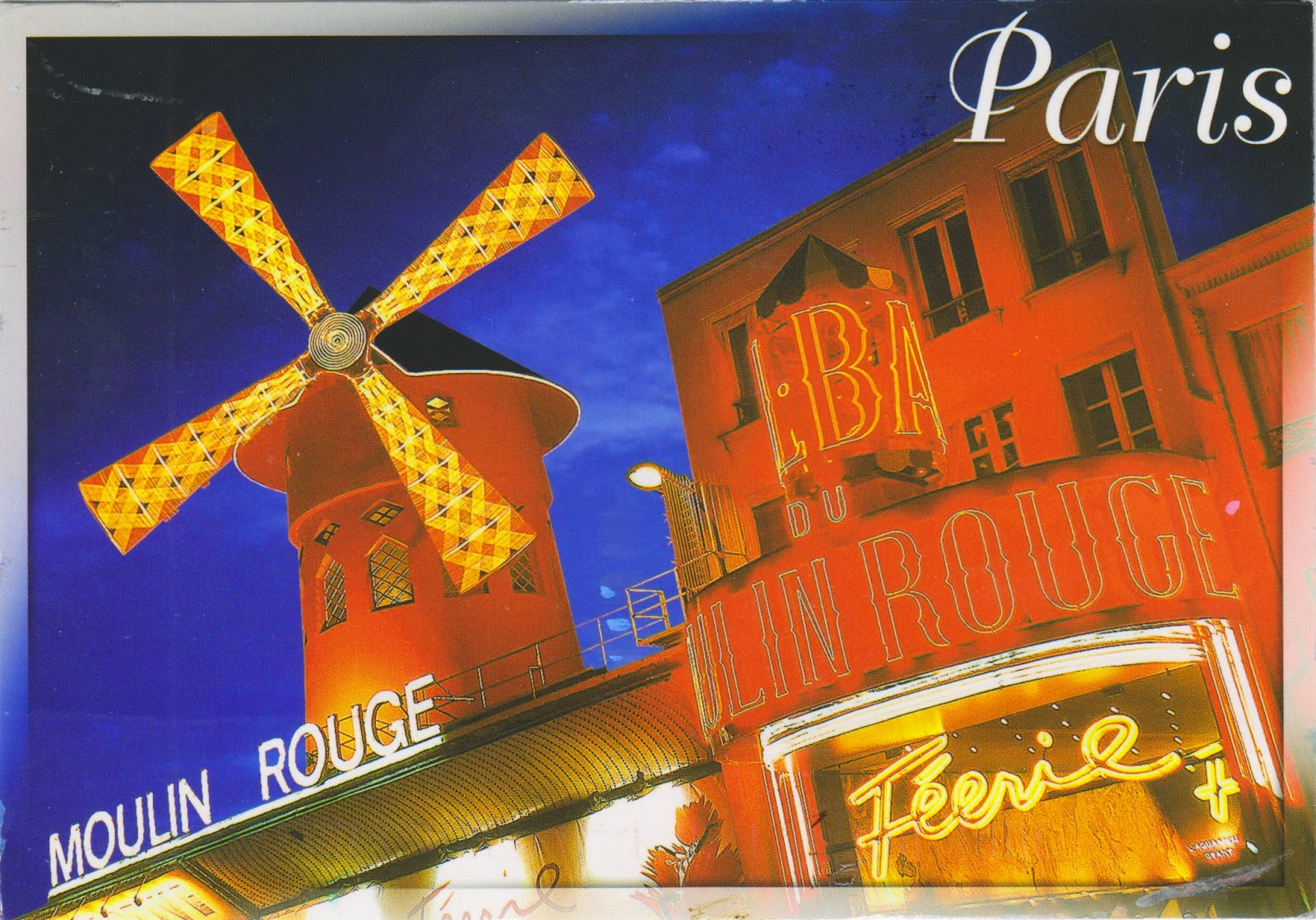 Marked by the red windmill on its roof, Moulin Rouge is best known as the spiritual birthplace of the modern form of the can-can dance. According to Wikepedia, "originally introduced as a seductive dance by the courtesans who operated from the site, the can-can dance revue evolved into a form of entertainment of its own and led to the introduction of cabarets across Europe. Today, the Moulin Rouge is a tourist attraction, offering musical dance entertainment for visitors from around the world. The club's decor still contains much of the romance of fin de siècle France."

It inspired Moulin Rouge!, a 2001 musical film,  that was nominated for eight and eventually won two Oscars at the 74th Academy Awards on March 24, 2002. A music video featuring 1974 "Lady Marmalade" that was used as part of a medley in the movie, was produced in March 2001 with Christina Aguilera, Lil' Kim, Mýa, and Pink performing. The video won the 2001 MTV Video Music Award for "Best Video of the Year" and "Best Video from a Film" and a 2002 Grammy Award in the category of "Best Pop Collaboration with Vocals".  The video reached 100,977,923 views on Vevo/Youtube by the end of today.


In Las Vegas, there was the Moulin Rouge Hotel and Casino located in the West Las Vegas neighborhood where the African Americans were forced to live. It first opened on May 24, 1955, with multiple references to Paris: Eiffel Tower appeared on the sign at the entrance, and on the casino chips; a French Chef was the head of the largest restaurant in the casino; security guards were dressed in the uniform of the French Foreign Legion.

The hotel and casino was the first integrated hotel casino in the United States while other casinos on the Las Vegas Strip were still segregated and off ff limits to blacks unless they were the entertainers or labors. The Moulin Rouge Hotel and Casino closed in November, 1955. Its short but vibrant life fueled the civil-rights movement in Las Vegas. It was added to the United States National Register of Historic Places in 1992. The shuttered hotel suffered a series of fires between May 29, 2003 and May 6, 2009. The Las Vegas Historic Preservation Commission approved demolition of the remains of the buildings in June, 2010,
Posted by twimbk at 11:57 PM