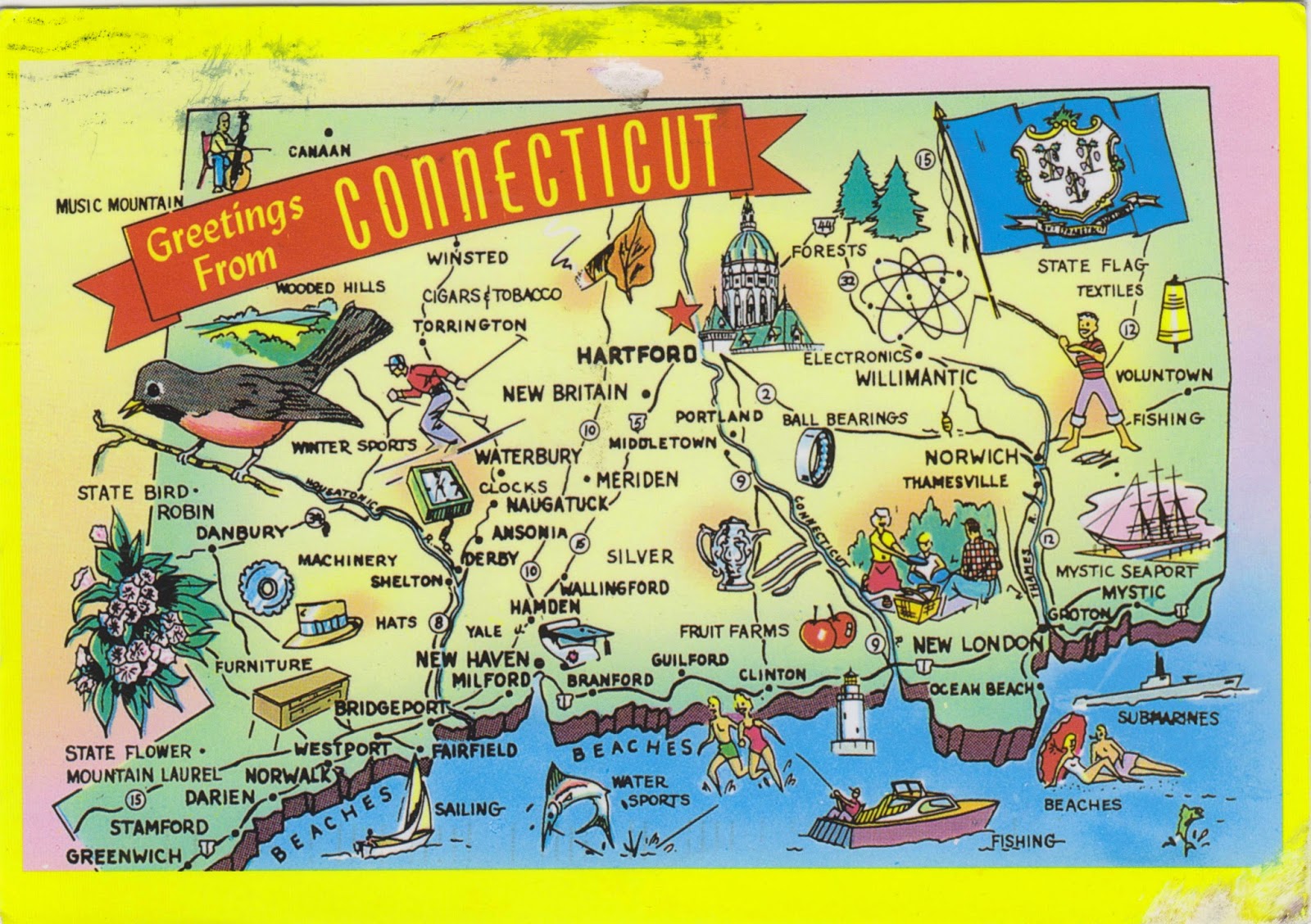 Postcard US-2928994 was a "Greetings from Connecticut" map card. Connecticut is the southernmost state in New England, with the city of Hartford as the capital. The state is named after the Connecticut River, seen on the map that approximately bisects the state, meaning in the Algonquian languages, a sub-family of Native American languages, for "long tidal river."

According to Wikipedia, Connecticut is the third smallest state by area, the 29th most populous, and the fourth most densely populated of the 50 United States. It was initially settled by Dutch settlers in present-day Hartford area. Then the first major settlements were established in the 1630s by England, which eventually led to one of the 13 Colonies that revolted against British rule in the American Revolution.

It was the 5th State admitted into the Union on January 9, 1788. (In comparison, Nevada joined the U.S. as the 36th State on October 31, 1864.) The State Flower is Mountain Laurel (Kalmia latifolia), and the State Bird is American Robin (Turdus migratorius), as seen on the card.
Posted by twimbk at 11:58 PM