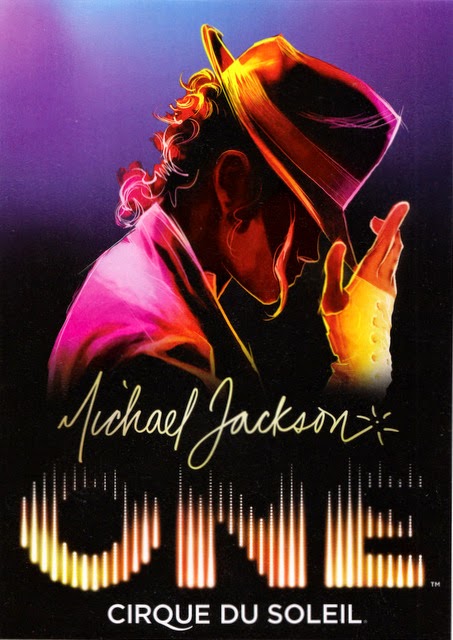 Outgoing postcard US-2955783 to Italy was made of a magazine cutout from the August 2014 issue of Desert Companion, showing Michael Jackson ONE, a Cirque du Soleil production and a tribute to the work, innovative spirit, and legacy of Michael Jackson as the King of Pop, the genius, the visionary, and THE ONE through aerial performance, hip hop dances and acrobatics with vivid choreography by 63 cast members at the Mandalay Bay Resort and Casino in Las Vegas. Today on August 29, 2014, Michael Jackson ONE show is celebrating what would have been Michael Jackson's 56th birthday with a special performance.

My favorite Michael Jackson song was his 1991 single "Black or White" from his eighth studio album Dangerous. He declared in the lyrics: "It don't matter if you're black or white" and "I ain't second to none." It also featured morphing animation for the first time in a music video, which seamlessly transformed human faces from various races, symbolizing the celebration and appreciation of diversity.