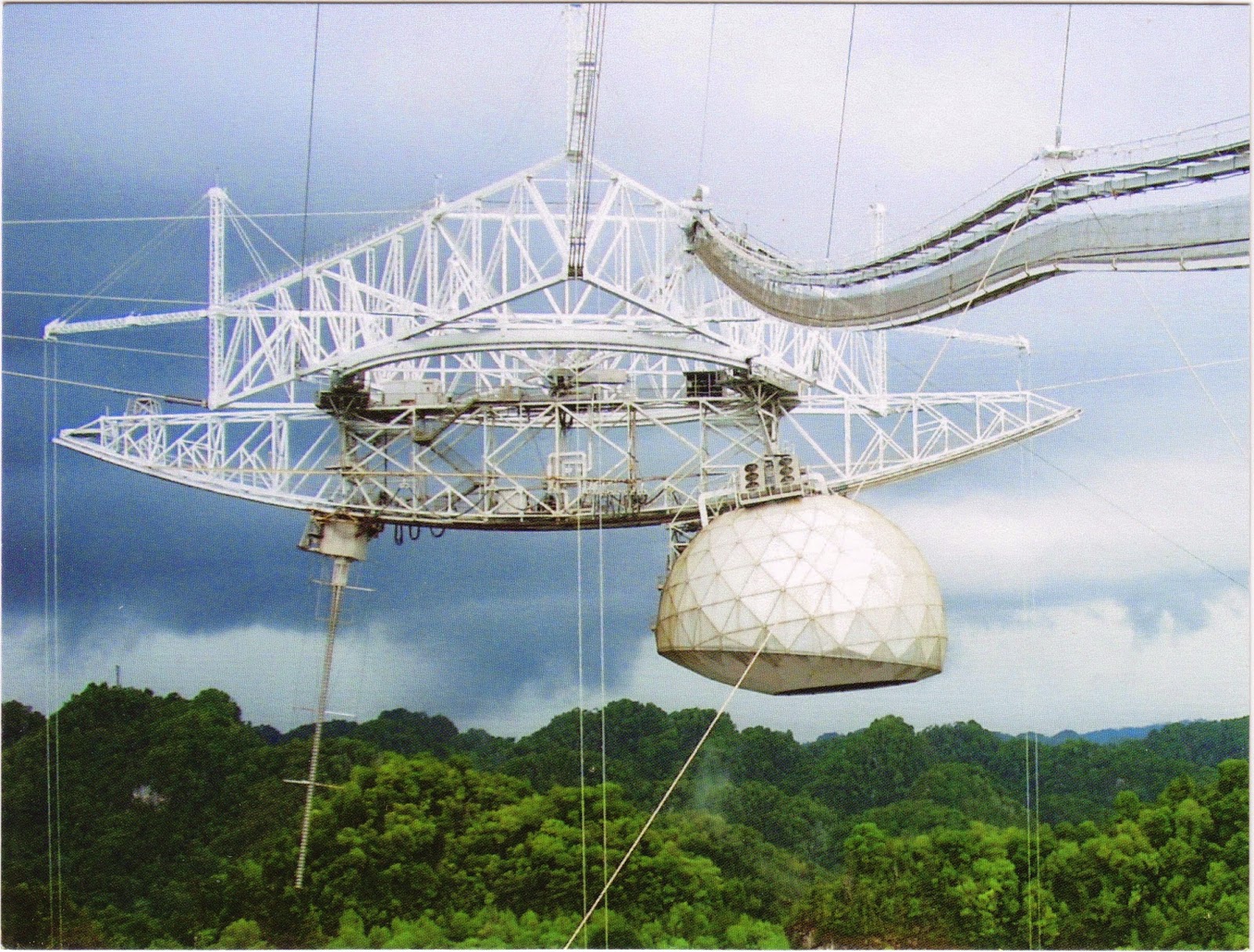 Postcard US-2849000 to Germany shows the Arecibo Observatory, a radio telescope operated by SRI International, USRA and UMET under a cooperative agreement with the National Science Foundation (NSF), in Arecibo, Puerto Rico.

Built between 1960 and 1963, the observatory's 305-meter or 1,000-foot radio telescope is the largest single-aperture telescope in the world, used in the areas of radio astronomy, aeronomy, and radar astronomy researches. Scientists who wish to use the telescope need to submit proposals that are evaluated by an independent scientific board. The telescope was added to the National Register of Historic Places in 2008.

The postcard was purchased at Zazzle.
Posted by twimbk at 11:53 PM