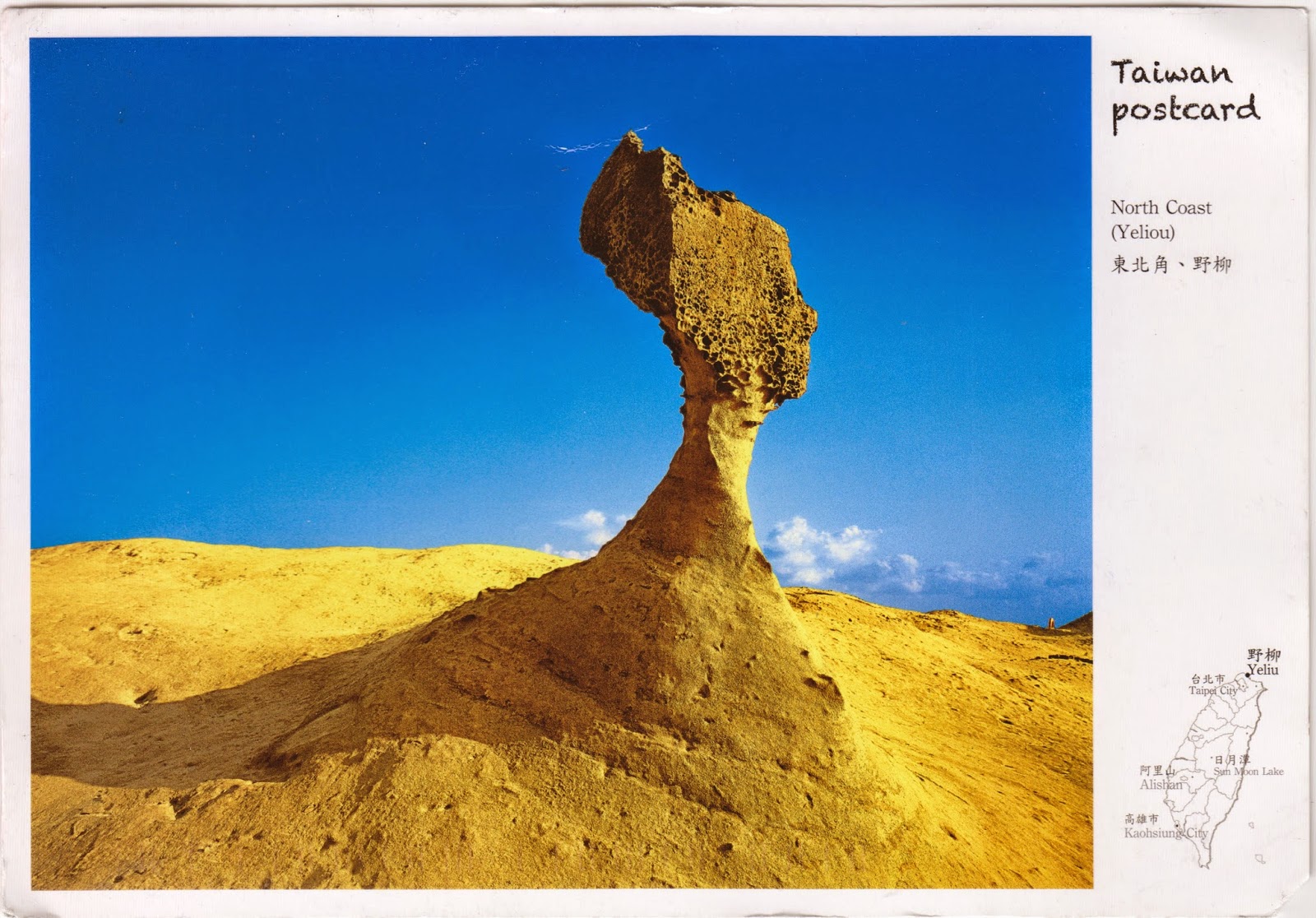 Postcard TW-1309821 from Taiwan shows the "Queen's Head" (女王頭),  one of the best known hoodoo stones at the Yeliu (野柳) Geopark in the town of Wanli, New Taipei City, Taiwan. The cape, where the Geopark is located, is known by geologists as the Yeliu Promontory that consists part of the Daliao Miocene Formation (中新世野柳群大寮層). It was pushed 1,700 meters or 5,577 feet into the sea when formed as geological forces pushed Datun Mountain (大屯山) toward the ocean. The mushroom shaped rock formation was formed at the influences caused by tidal erosion, rock weathering, ground movement and crustal movement.

Due to the accelerated erosion, the neck circumference of the Queen's head is shrinking by day. Worrying that the Queen's Head may crash within a year or two, especially during earthquakes or other earth-moving events, researchers are testing nano coating to develop a reinforcement plan.
Posted by twimbk at 11:57 PM