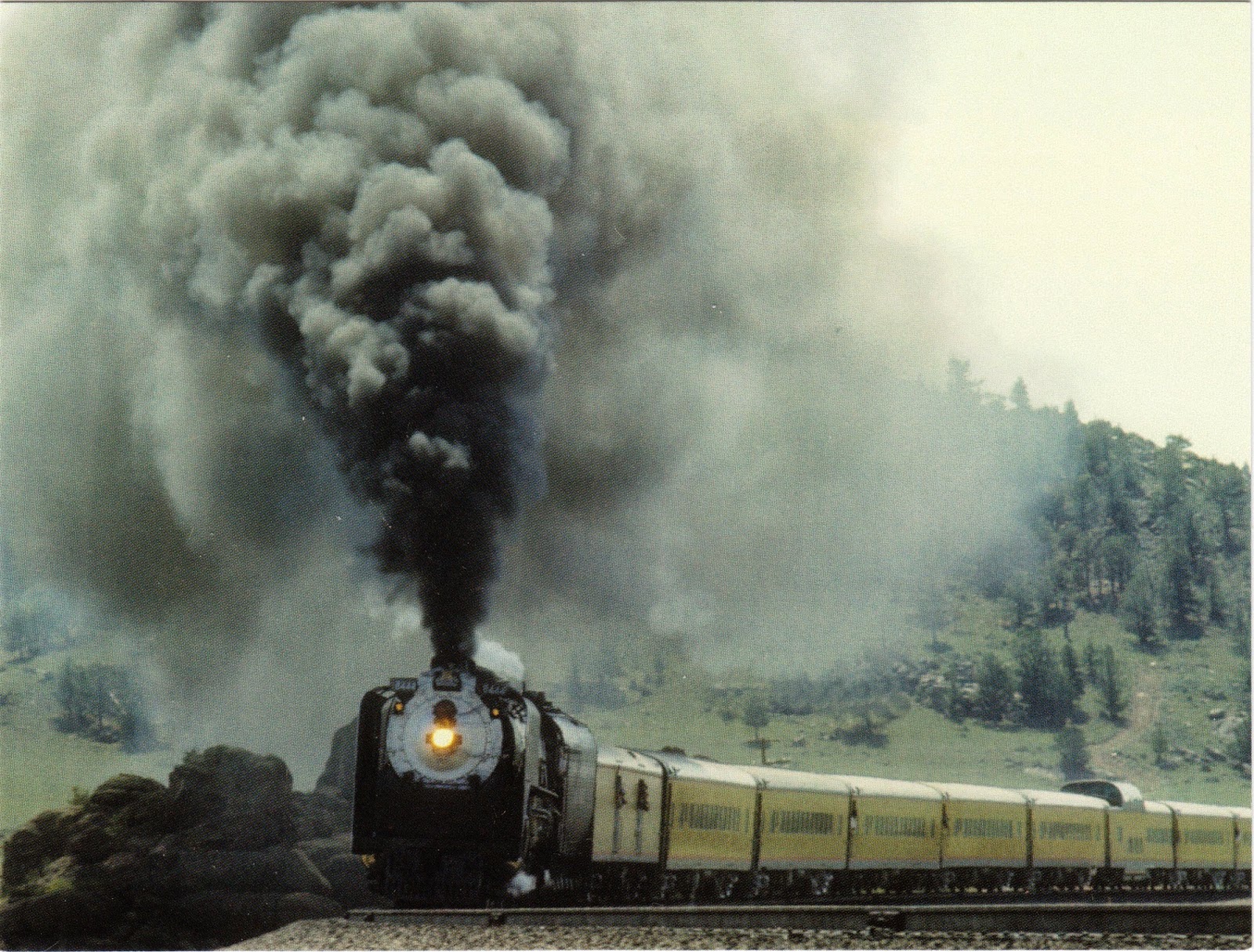 Postcard  US-2913074 to Ukraine shows Steam Locomotive No. 844 at Sherman Hill, Wyoming. It was the last steam locomotive of a fleet of 45 built for the Union Pacific Railroad by American Locomotive Company, placed in passenger service in December, 1944. After diesel engines took over all of the passenger service, No. 844 was operated in freight service in Nebraska between 1957 and 1959. The engine was widely known as the No. 8444 as an extra '4' was added to its number in 1962 to distinguish it from a diesel engine numbered in the 800 series. The steam engine regained No. 844 in June, 1989, after that diesel engine was retired.

Hailed as Union Pacific's "Living Legend," the engine is widely known among railroad enthusiasts for its excursion runs since 1960, with appearances at Expo '74 in Spokane, WA, at the opening of the California State Railroad Museum in Sacramento, CA in 1981, at the 1984 World's Fair in New Orleans, LA, and the 50th Anniversary Celebration of  the Union Station in Los Angeles, CA in 1989. The locomotive is currently parked in the roundhouse at Cheyenne, Wyoming, You can get the update from the Up Stream Team via Facebook and Twitter.