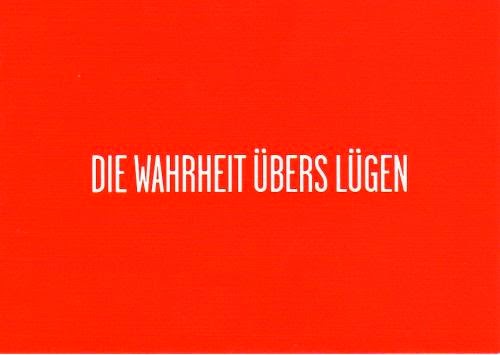 Postcard DE-1599666 from Germany had a simple note: Die Wahrheit übers Lügen, meaning the truth about lying. Mark Twain once wrote in his 1882 essay On the Decay of the Art of Lying: "Everybody lies -- every day; every hour; awake; asleep; in his dreams; in his joy; in his mourning," People tell lies to save face, to shift blame, to avoid confrontation, to get undeserved benefit, to be nice, or to feel better about themselves. More seriously, criminals tell lies to evade justice and cover up crimes. CIA even lied about their spying on the Senate Intelligence Committee who were investigating the CIA’s torture program. However, the truth about lying is that the truth will ultimately prevail in spite of the pains to bring it to light.