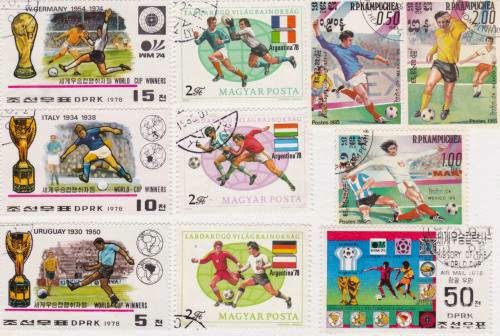 Magyar Posta in Hungary issued the three stamps in the middle to commemorate the 1978 FIFA World Cup held in Argentina from June 1 to June 25, 1978.

The top three stamps on the right were issued in R.P. Kampuchea in 1985, dedicating to the 1986 World Cup in Mexico.

The stamp on the bottom right was also a 1978 North Korea stamp from the 12-stamp History of the World Cup stamps set. Unfortunately, it fell off during the mailing. 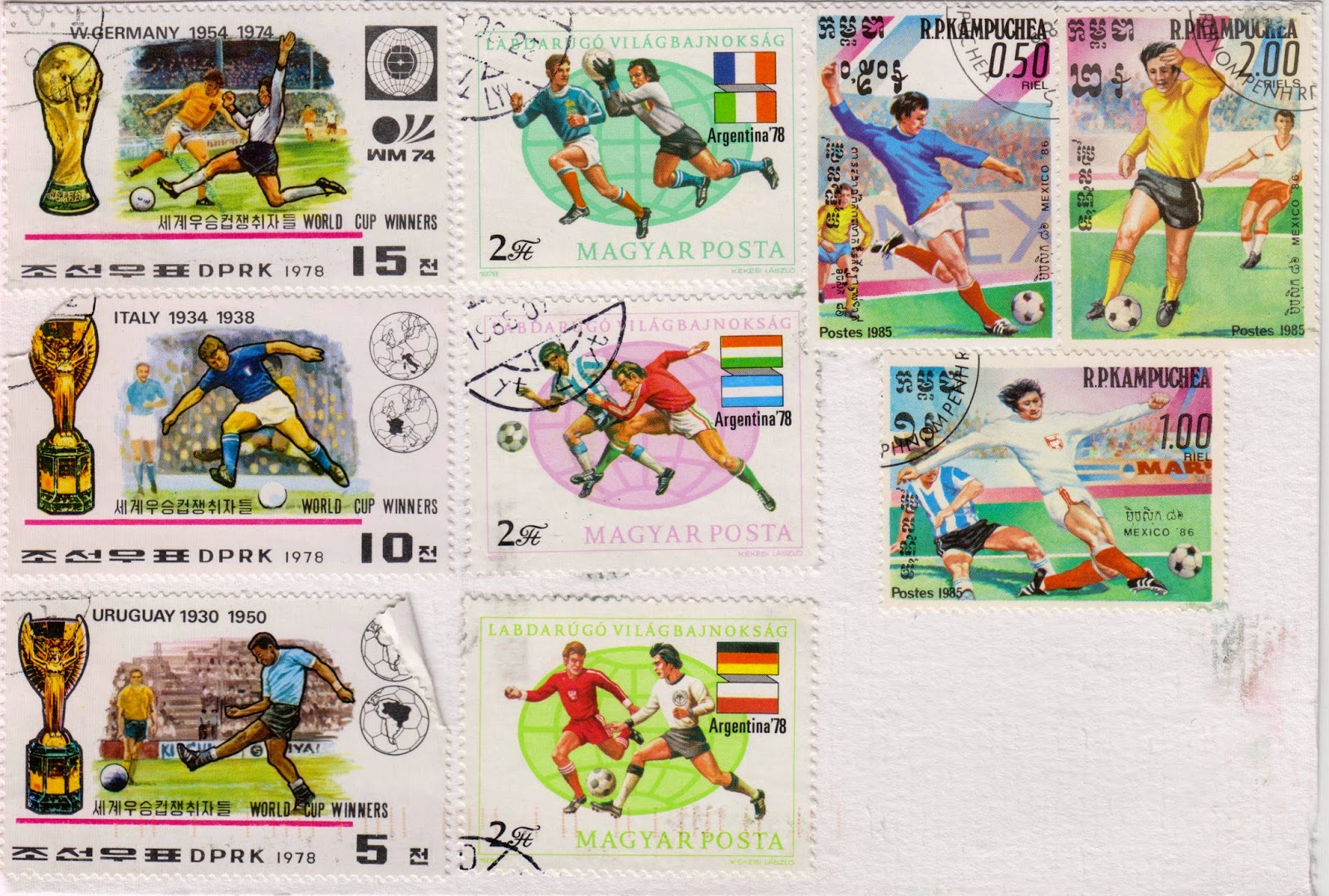 The right stamp on the back was a Enthusiastic Germany football stamp issued on May 2, 2012.