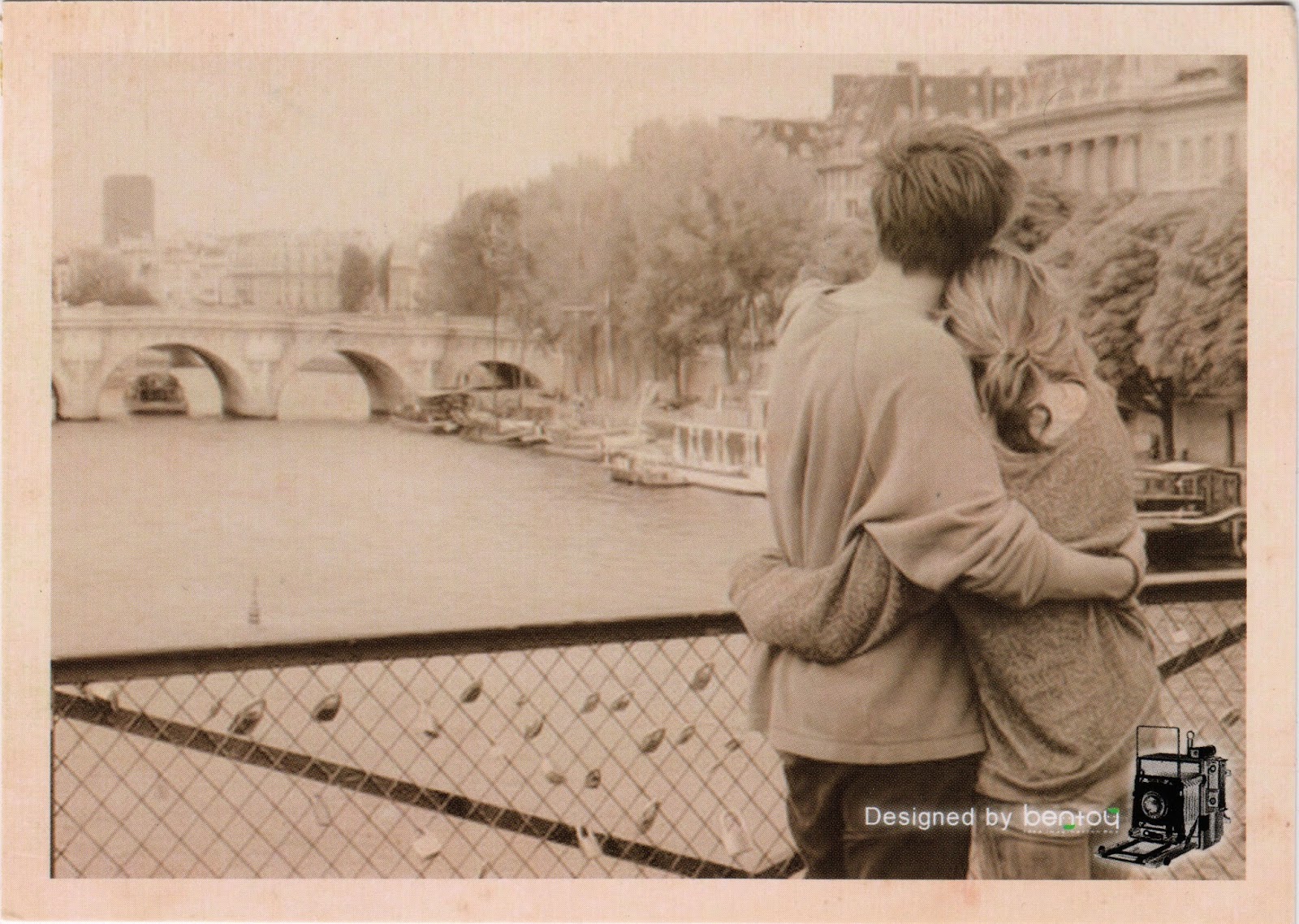 Postcard SG-157009 from Singapore shows a loving couple at the Pont des Arts, a pedestrian bridge which crosses the River Seine in Paris, France. It was first built between 1802 and 1804, under the reign of Napoleon I, at the present location as the first metal bridge in Paris. Listed as a National Historic Monument on March 17, 1975, the Pont des Arts is also part of the World Heritage Site "Banks of the Seine" in Paris, recognized by UNESCO in 1991.

The bridge has been known for those love locks attached to the railing since 2008. Couples engrave their names on the padlocks and throw the keys into the Seine river after locking them in place as a gesture of committed love. However, as the number of locks became overwhelming, city officials in Paris started to remove some lock-laden railings and replace them with special glass panels in September, 2014. The Mayor's Office in Paris launched a #lovewithoutlocks campaign to encourage people to take "selfies" instead of leaving love locks.
Posted by twimbk at 11:58 PM