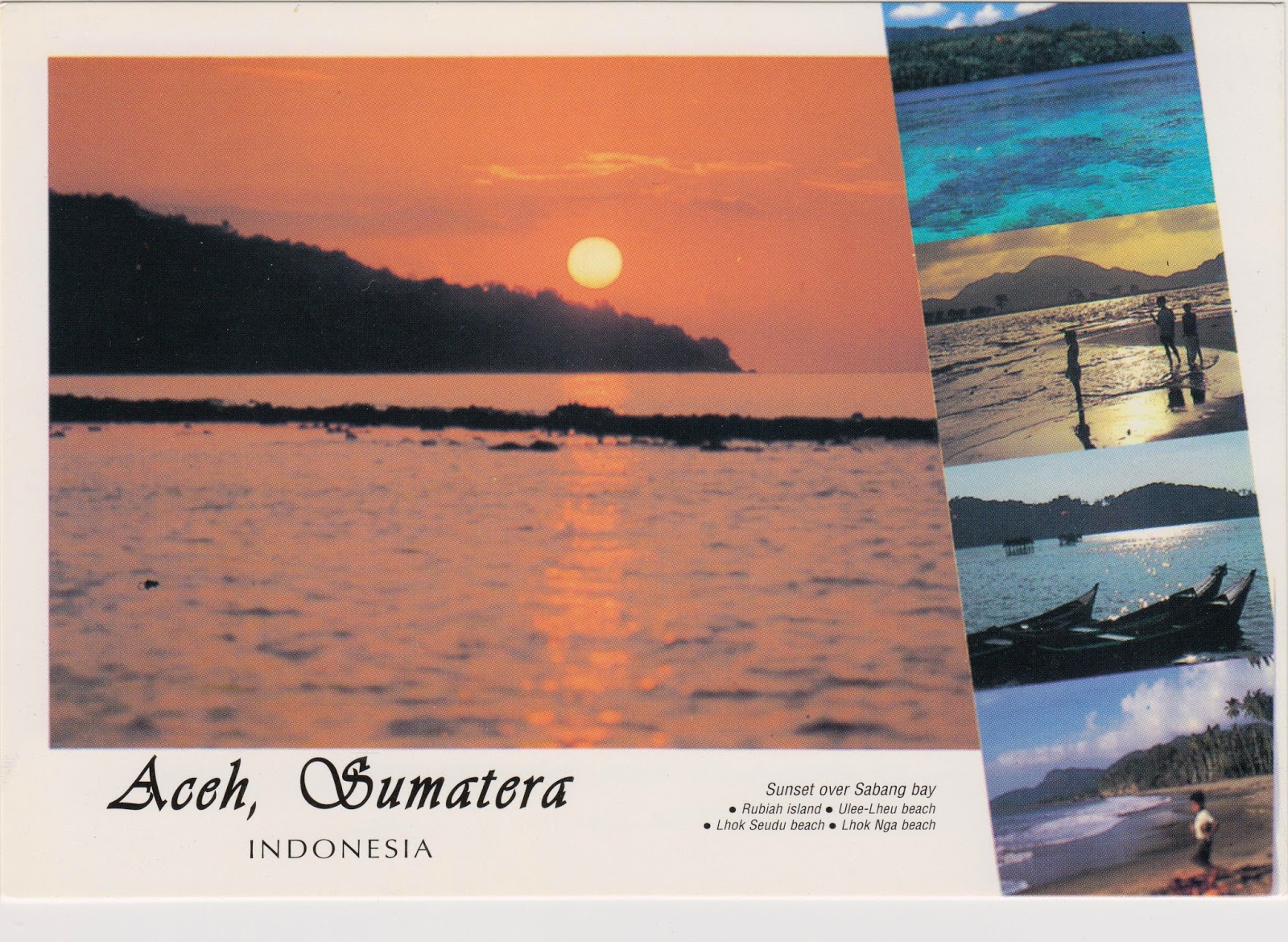 Best known for snorkeling and diving, Sabang Bay is located on the north side of Pulau Weh, an island north of Banda Aceh on the northern tip of Sumatra. On the sidebar of the postcard, Rubiah Island, Ulee-Lheu Beach, Lhok Seudu Beach, and Lhok Nga Beach are shown from top to bottom.