The Muppets Tour the Globe 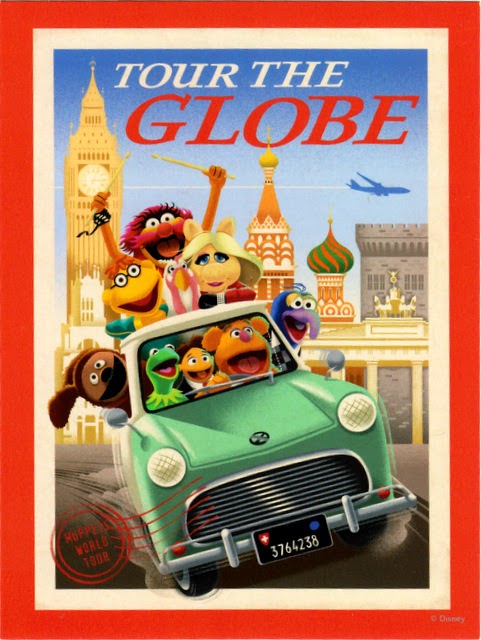 Postcard US-2921174 to Belarus shows the Muppets Tour the Globe, a Disney themed card purchased at Zazzle. It was sent in for a first-day-of-issue postmark on the Hot Rods forever stamps on August 5, 2014, and reached the destination on October 9, 2014 after 65 days.

The order was apparently held up together with my other first-day-of-issue requests. I received part of the Hot Rods order on September 23, 2014, along with the Harvey Milk order that was requested on July 21, 2014. A separate Nevada Statehood order, requested on July 26, 2014, arrived days earlier on September 20, 2014. A check for the digital-color-postmark fee in the Harvey Milk order was not cashed until October 1, 2014.

Therefore, as the Muppets Tour the Globe, the actual traveling time for the postcard from U.S. to Belarus was about 16 days.
Posted by twimbk at 11:53 PM