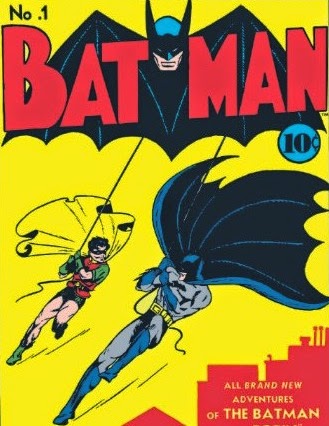 Today, the U.S. Postal Service issued the limited edition Batman Forever stamps at New York Comic Con 2014 at the Javits Center on October 9, 2014, in honor of Batman’s 75th anniversary as the protector of Gotham City.

Four versions of stamps feature Batman in four very distinct eras over the comic book history: the Golden Age (bottom row: 1939 - 1956), the Silver Age (third row: 1956 - 1969), the Bronze Age (second row: 1970 - 1985), and the Modern Era (top row: 1985 to the present). There are four incarnations of the famed Bat-Signal, the spotlight that Gotham City Police Commissioner James Gordon beamed into the night sky to summon Batman. 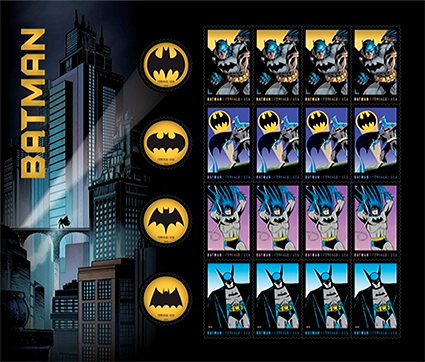 According to USPS, Customers have 60 days to obtain the first-day-of-issue postmark by mail. They may purchase new stamps at their local Post Office, at The Postal Store website at usps.com/shop, or by calling 800-STAMP-24. They should affix the stamps to envelopes of their choice, address the envelopes to themselves or others, and place them in a larger envelope addressed to:

After applying the first-day-of-issue postmark, the Postal Service will return the envelopes through the mail. There is no charge for the postmark up to a quantity of 50. For more than 50, customers have to pay five cents each. All orders must be postmarked by Dec. 8, 2014.

Outgoing postcard US-3017764 to the Netherlands shows a DC Comics book cover with Batman and Robin, purchased at DC Comics' Batman store at Zazzle.
Posted by twimbk at 11:15 PM