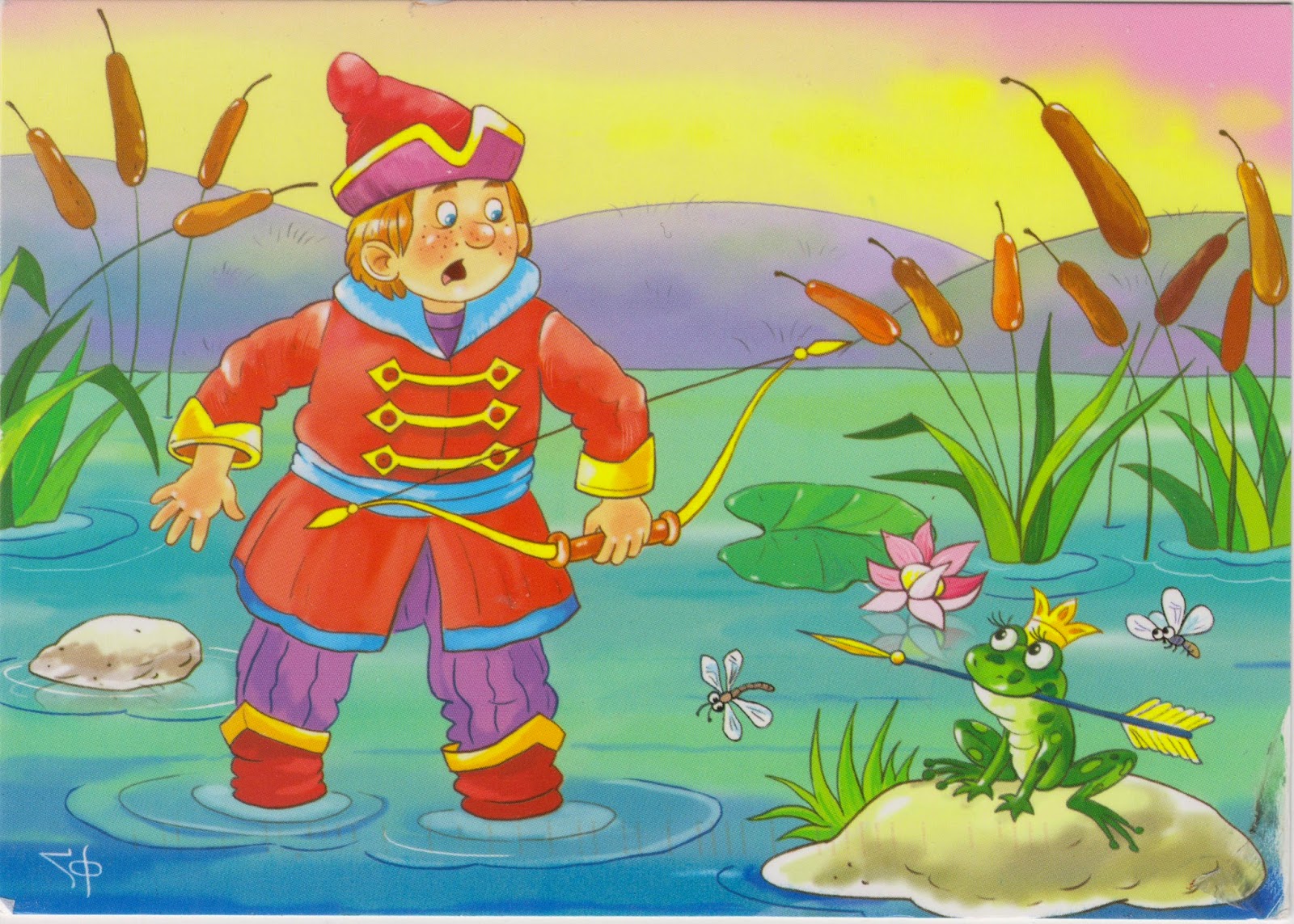 Postcard RU-3104812 from Russia shows an illustration of the Frog Princess fairy tale that has various origins in its Russian version.

Under the King's directive, Prince Ivan and his two brothers shot arrows to locate their brides. The other brothers' arrows were found by the daughters of an noble and a wealthy merchant respectively, while Ivan saw his arrow in the mouth of a frog in a swamp whom he had to marry with. It turned out that the Frog Princess was a beautiful and skillful girl under a spell who could only reveal her true identity at night.

She passed a series of tests from the King. During the final dance test, she shed her frog skin and transforms to a beautiful princess at the King's banquet. However, the Prince burned the frog skin, probably in hope to prevent her from transforming back to a frog, without knowing that the Frog Princess would have been freed in three days. Now he lost her instead.

Ivan then set out a journey to find her again. He got advice from an old man; did multiple good deeds; and finally met the witch who gave him directions on how to free her. In the end, Ivan was rewarded for his good nature and earlier good deeds. He was able to free the Princess; and the two lived happily ever after.
Posted by twimbk at 9:06 PM