Lost and Found in Las Vegas 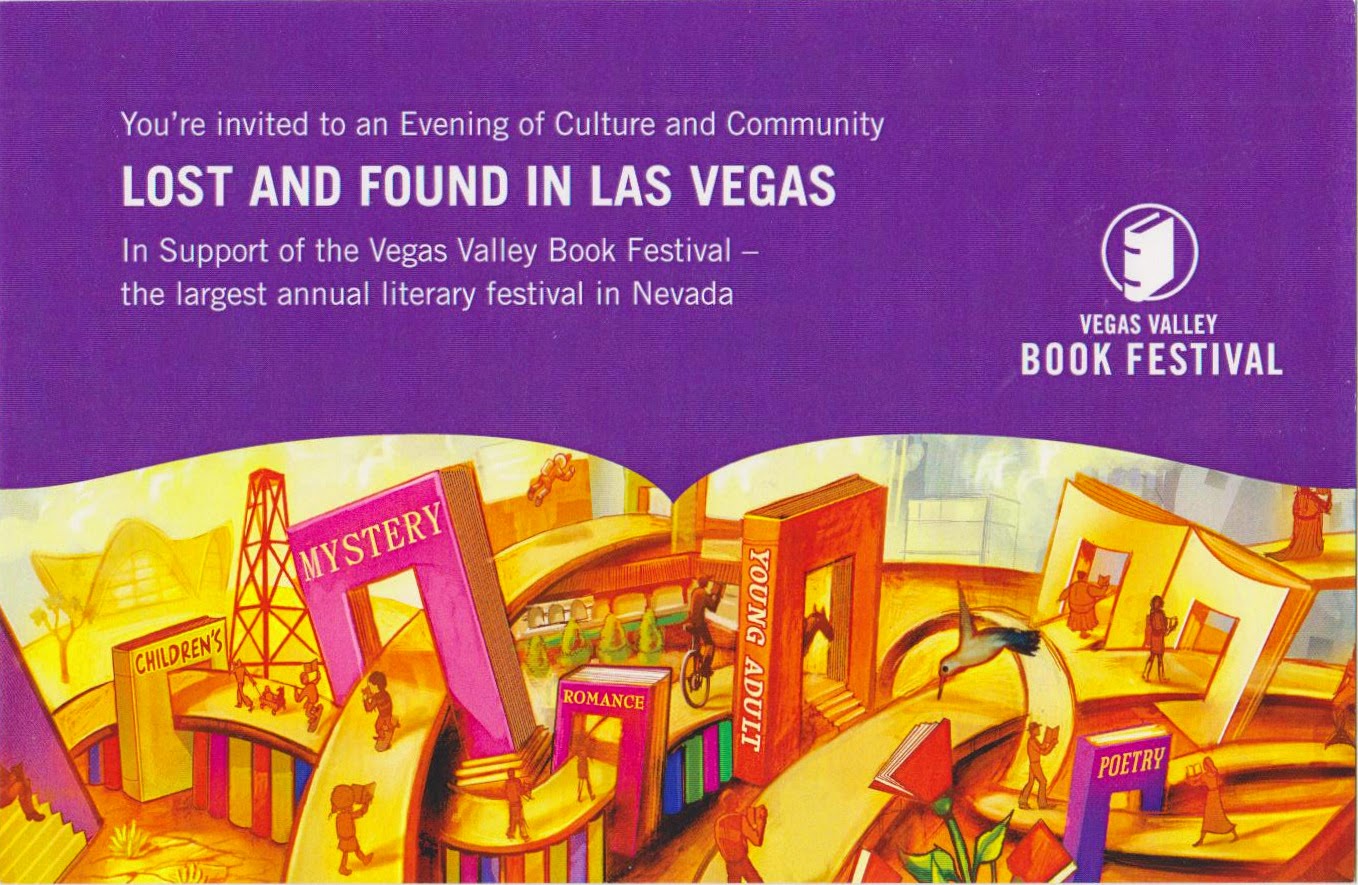 Outgoing postcard US-3038777 to China was an advertising card that promoted a benefit event for the Vegas Valley Book Festival. A program of Lost and Found schemes, scenes and stories by authors and performers was presented in the Clark County Sahara West Library at 7 p.m. Friday October 17, 2014.

The annual festival in its 13th edition, held from October 16 to October 18, 2014, was a three-day celebration of the written, spoken and illustrated word. Past keynote speakers included Dennis Lehane in 2010.

Secret Agent 23 Skidoo family band played Gotta Be Me at the Children's Main Stage on October 18, 2014, combining hip hop funk music with a message of self assurance and diversity appreciation. 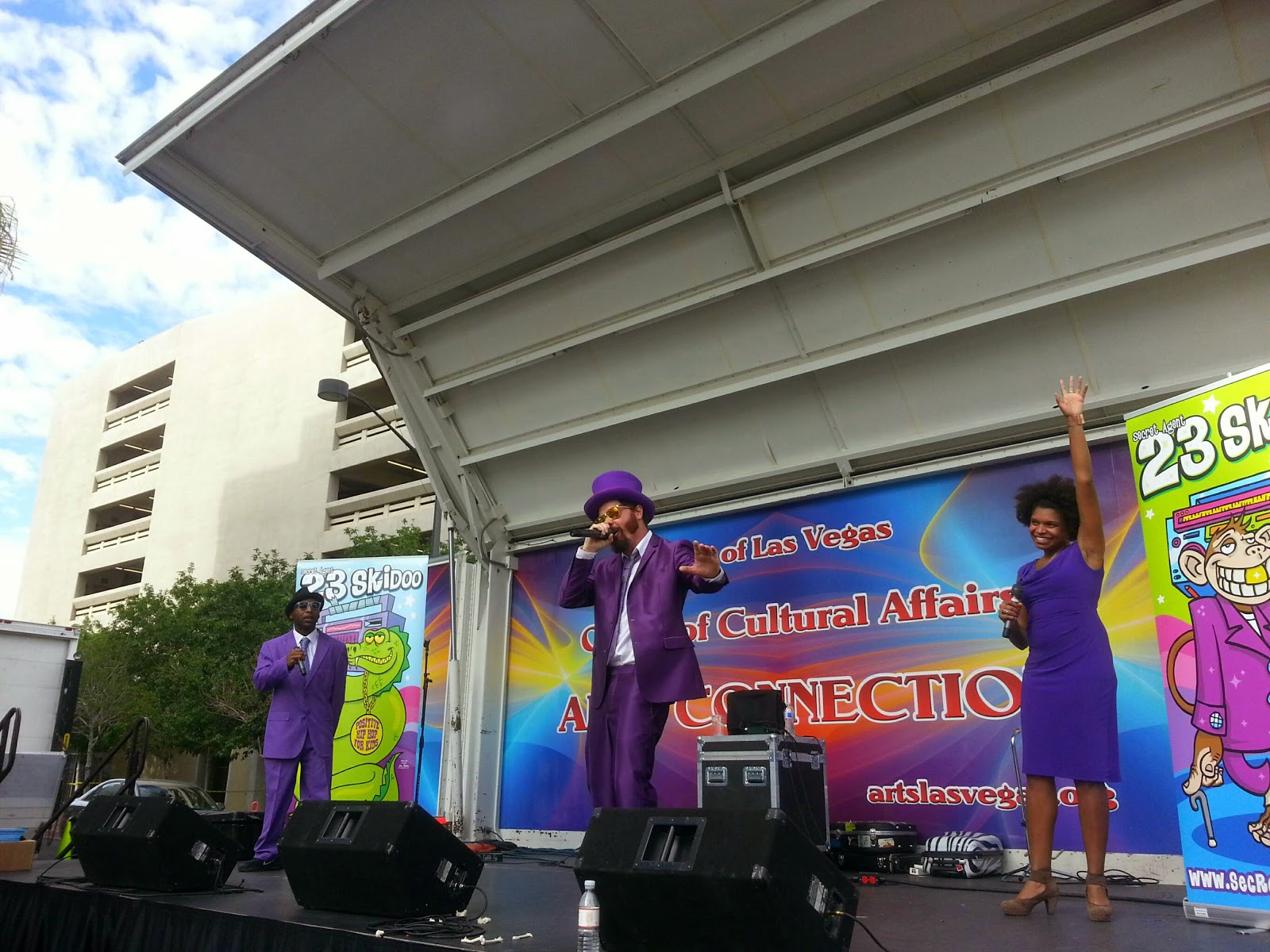