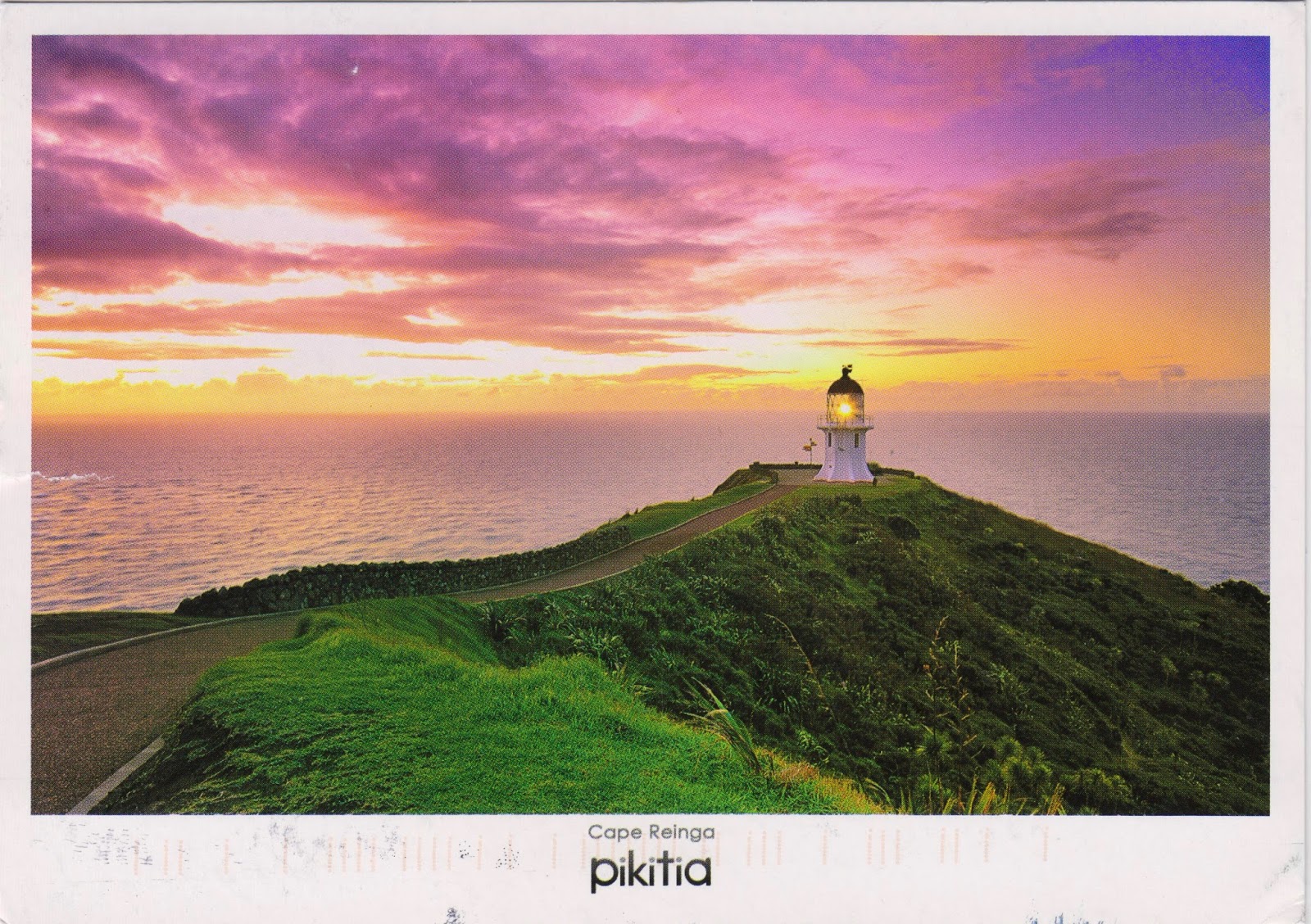 Postcard NZ-107618 from New Zealand shows a sunset view of Cape Reinga, the northwesternmost tip of the Aupouri Peninsula, at the northern end of the North Island of New Zealand. In native Māori culture, the cape is where the spirits of the dead leap into the underworld.


Cape Reinga is on the tentative list of UNESCO's World Heritage Site, waiting to receive formal recognition. The cape is already a favorite tourist attraction, receiving over 120,000 visitors per year and around 1,300 cars per day during peak season. However, similar to the Key West bouy, the cape is not the northernmost point of the North Island, and thus, of mainland New Zealand, contrary to the common belief. North Cape's Surville Cliffs, 30 kilometers or 18.6 miles east of Cape Reinga, are slightly further north.
Posted by twimbk at 11:47 PM