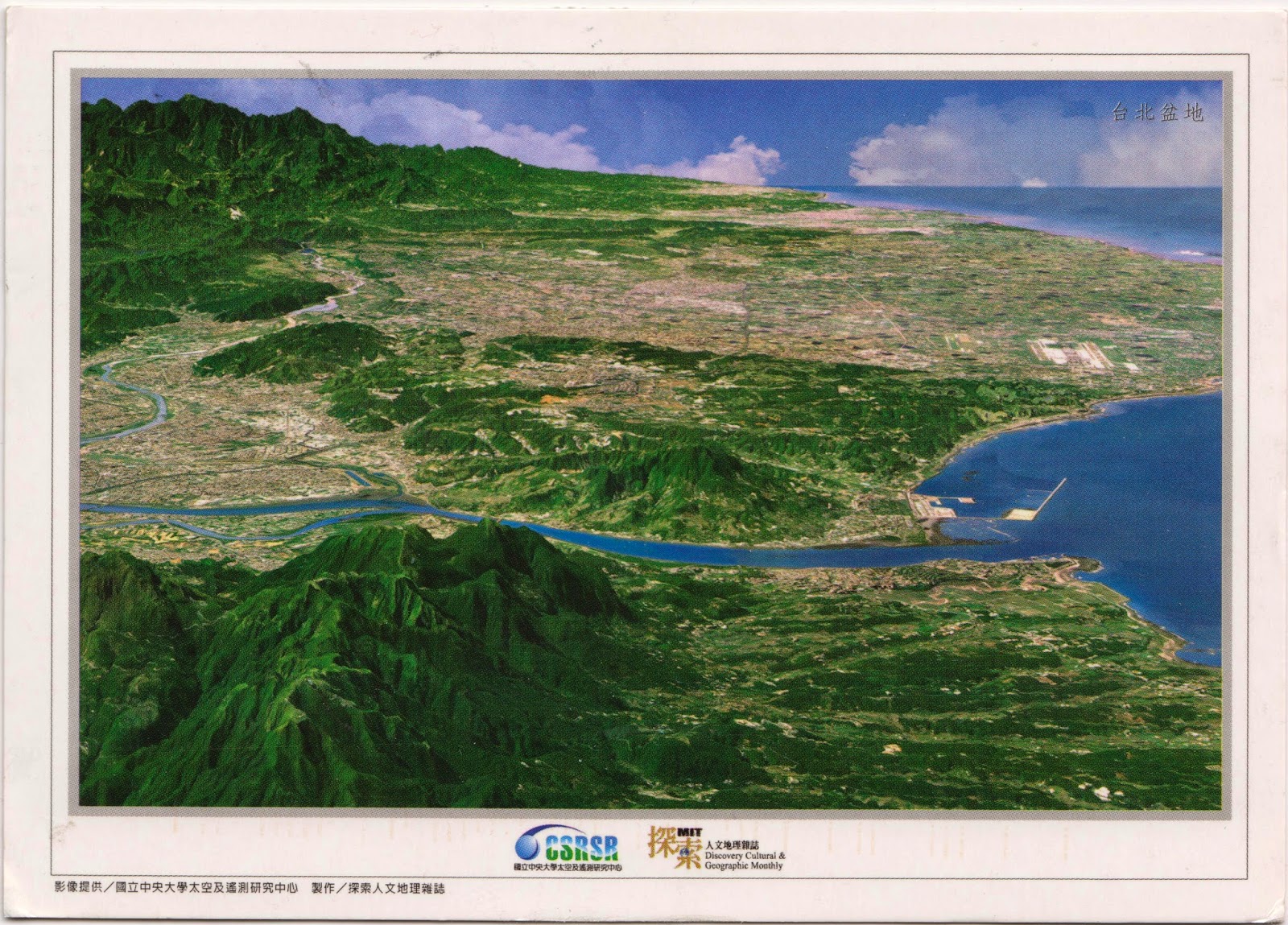 Postcard TW-908889 from Taiwan offers an aerial view from the north of Tamsui District (淡水區) in New Taipei City, Taiwan. It is a sea-side district where the Tamsui River, whose name means "fresh water", flows west into the Taiwan Strait. As a natural harbor, Tamsui was a major fishing and trade port in history because of its proximity to mainland China.

Twenty six years ago, the Tamsui Line,  a railroad branch line operated by the Taiwan Railway Administration (TRA) and connected Taipei and Tamsui, closed on July 15, 1988. The Taipei Metro Tamsui Line was later built along the route. Upon the completion of the Metro Line in 1997, Tamsui experienced a dramatic increase of tourist traffic. Tamsui is popular for viewing the sunset into the Taiwan Strait, for various activities on several riverside parks, and for shopping at open-air markets specializing in traditional handicrafts and street-vendor snacks. Visitors can also visit a fisherman's wharf, and take ferries traversing across and along the river.

Tamsui is home to three universities: Aletheia University, Tamkang University, and St. John's University. On the upper left of the postcard, Taiwan Taoyuan International Airport (TPE) can be seen in the background.
Posted by twimbk at 11:46 PM