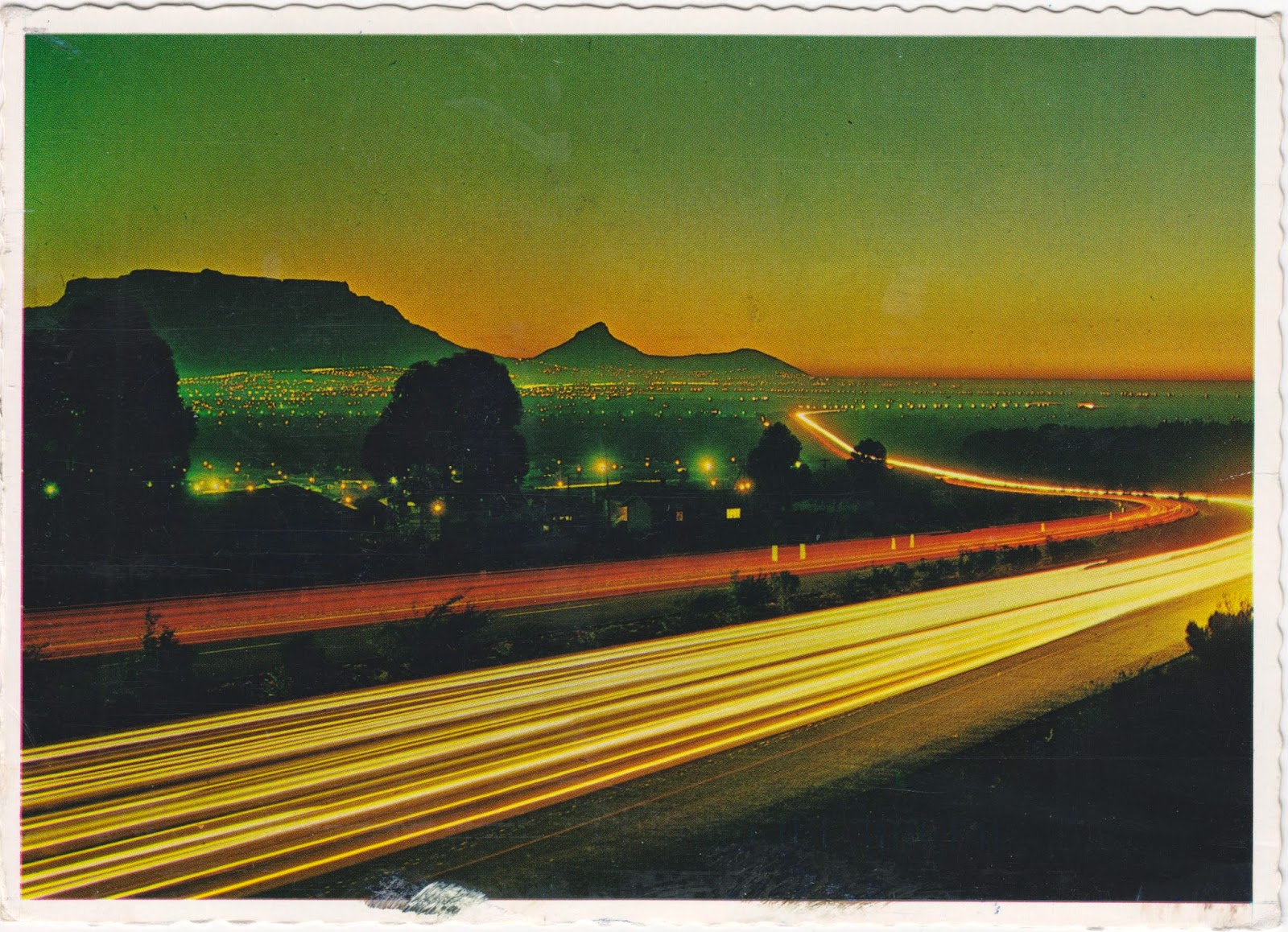 Postcard ZA-50304 from South Africa shows car lights brighten the busy national road from the north at Bellville, a city in the greater Cape Town metropolitan area. Originally called "12 Mile Post" as it is located 12 miles or 20 kilometers from the city center of Cape Town, Bellville was originally founded as a railway station on the line from Cape Town to Stellenbosch and Strand. It was renamed to Bellville in 1861, named after the Surveyor-General Charles Davidson Bell (October 22, 1813 - April 7, 1882),  who was also an artist and designer.

The postcard arrived a few days before what would be Nelson Mandela's 96th birthday on July 18, 2014. As the former president of South Africa and Nobel Peace Prize recipient, Mandela passed away at 95 last year on December 5, 2013. His birthday was officially declared as Nelson Mandela International Day by the United Nations in November 2009; and the first Mandela Day celebration hosted by UN was held on July 18, 2010. This is the first time the day has been celebrated since his death, in honor of his legacy through volunteering and community service.

Google Doodle made a beautiful tribute to Nelson Mandela today.
Posted by twimbk at 11:24 PM