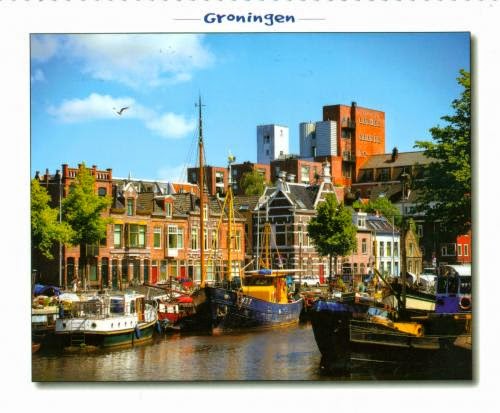 Groningen was noted as the "World Cycling City" in 2007 because 57% of trips within the city were made by bicycle. A large network of bike paths make it convenient to cycle to various destinations. Groningen was named as Fietsstad 2002, the top BikeCity in the Netherlands for 2002.

The local football club, FC Groningen, founded in 1971, is playing in the Dutch highest football league the Eredivisie.

Today, the Netherlands National Football Team claimed third place at the 2014 FIFA World Cup with a 3:0 victory Over Brazil.
Posted by twimbk at 10:36 PM