Forward it to my Palm Pilot 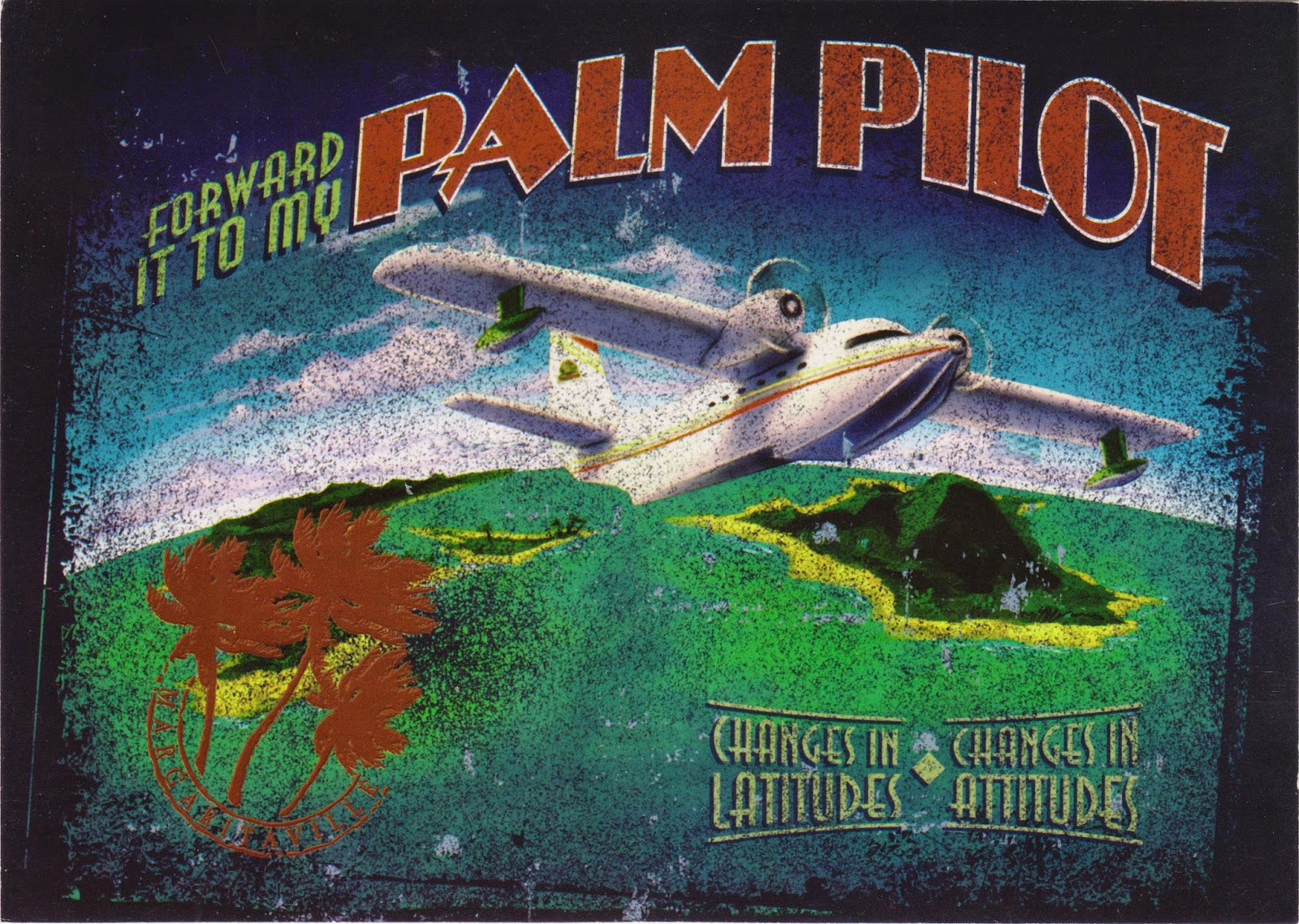 Postcard US-2776605 to Germany shows a plane taking off from tropical islands. The caption under the palm tree stamp on the bottom left reads "Margaritaville", indicating it is a Jimmy Buffett-themed merchandise associated with Jimmy Buffett's casual dining American restaurants and chain stores, named after his hit song "Margaritaville".


In Las Vegas, a Jimmy Buffett's Margaritaville restaurant opened at the Flamingo Hotel and Casino in December 2003; a Margaritaville "minicasino" inside the Flamingo opened in October 2011. The postcard was purchased at the gift shop there.
Posted by twimbk at 11:54 PM