Girl of the West 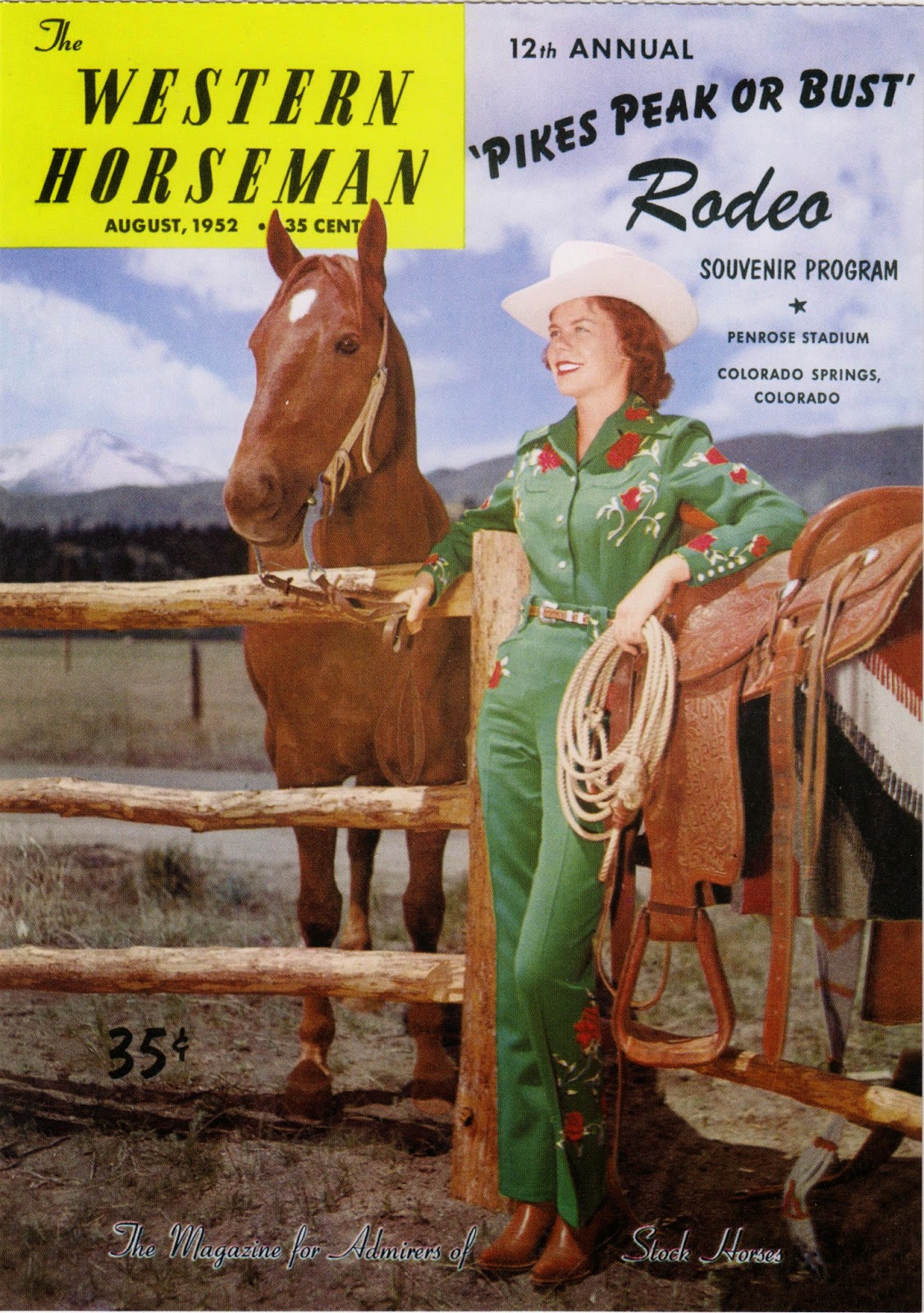 Outgoing postcard US-2776619 to Ukraine shows the August 1952 cover of the Western Horseman magazine. It featured Elinor Tutt who was the the "Girl of the West" for the 12th annual Pikes Peak or Bust Rodeo in Colorado Springs that year. Snow-capped Pikes Peak can be seen in the background just to the left of "Squeaky's" nose. The magazine sells for 35 cents a copy in 1952, same as in 1951.

Some twelve years later on July 2, 1964, President Lyndon Baines Johnson signed the Civil Rights Act into law in the East Room of the White House in Washington, D.C. The Civil Rights Act of 1964 is considered one of the most celebrated legislative achievements in U.S. history. The law made it illegal to discriminate on the basis of race, color, religion, sex, or national origin, and barred unequal application of voter registration requirements. One of the five things to know about the 1964 Civil Rights Act was how the protection for women made into law. In light of the recent Supreme Court ruling on the Hobby Lobby case, women's rights are not a given. They need to be kept vigil, along with the other civil rights.