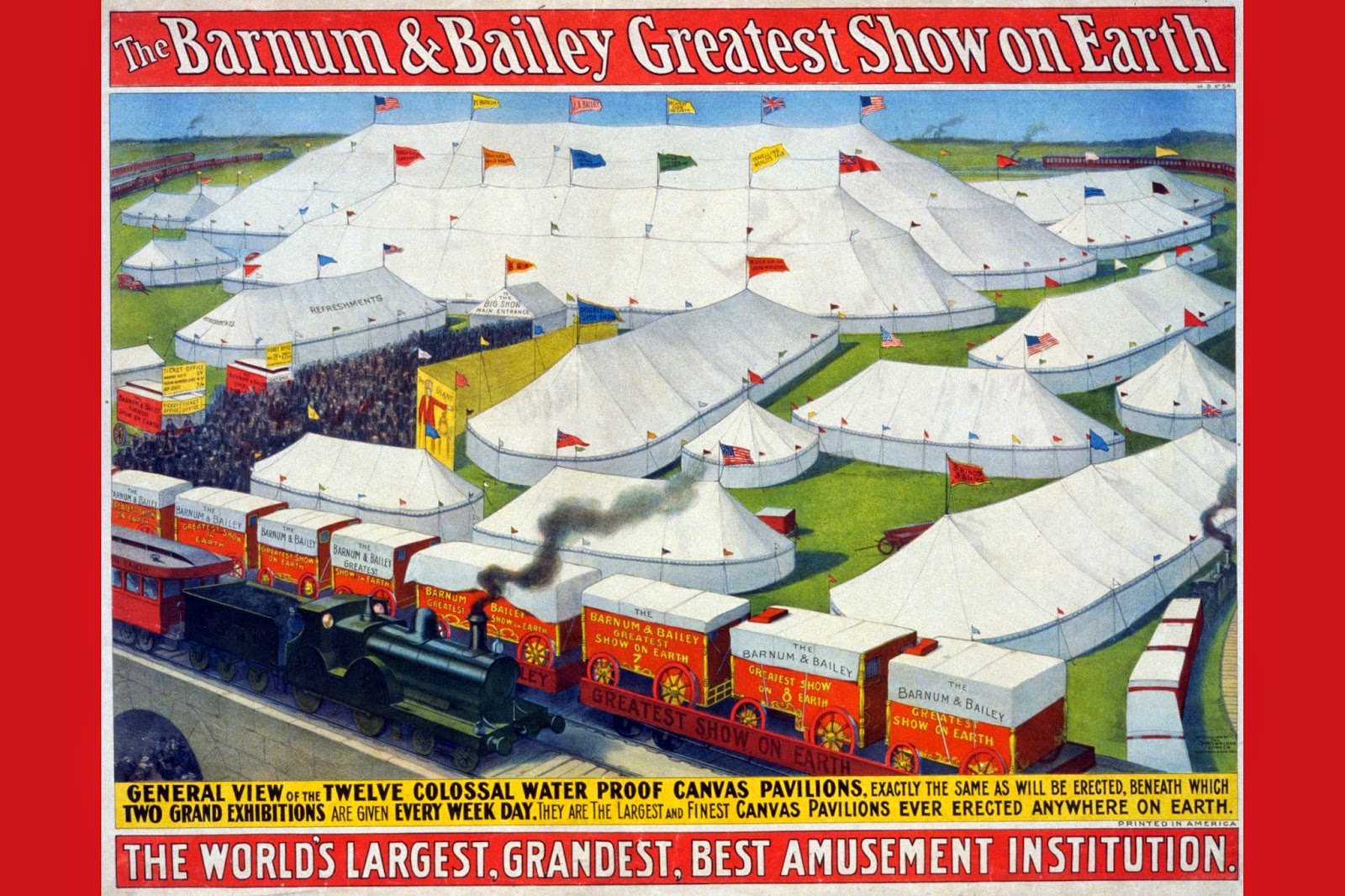 Fifty eight years ago, Ringling Bros. and Barnum & Bailey Circus closed its very last "Big Tent" show in Pittsburgh, Pennsylvania on July 16, 1956. According to Wikipedia, after World War II, the audience, whose tastes were influenced by movies and televisions, moved away from the circus performances. On the other hand, while crowds dwindled, the production costs had increased, which resulted in what an article in Life magazine observed "a magical era had passed forever." All subsequent circus shows have been held indoor and performed at arenas .

Featured postcard was made from replica of a vintage poster "The Barnum & Bailey Greatest Show on Earth," c. 1899, billed as the world's largest, grandest, best amusement institution. It offers a general view of the twelve colossal water proof canvas pavilions. Credit to Library of Congress.

The U.S. Postal Service issued Vintage Circus Posters Commemorative stamps early this year on May 5, 2014,
Posted by twimbk at 11:22 PM