Bikini in the Sin City 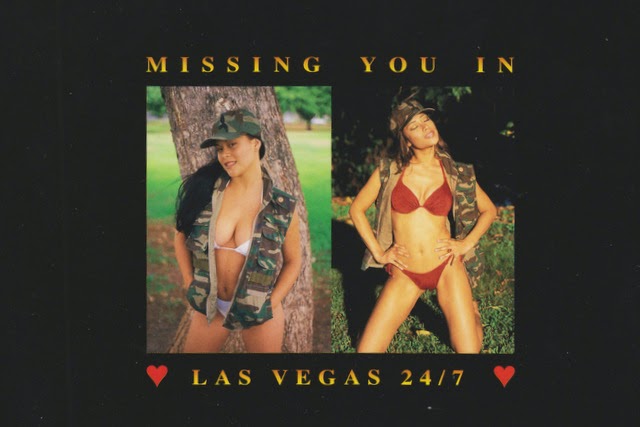 The modern bikini was introduced by French designer Louis Réard in Paris today six-eight years ago. On July 5, 1946, Louis Réard unveiled a bold two-piece swimming suit at the Piscine Molitor, a popular swimming pool in Paris, with the help of Parisian exotic dancer Micheline Bernardini from the Casino de Paris. The name of "bikini" was from the Bikini Atoll in the Pacific Ocean where a U.S. atomic bomb was tested earlier that week. Many western countries declared it illegal and the Vatican declared it sinful.

Bikini did not become popular until the early 1960s. However, its popularity has been growing ever since. In Las Vegas, you can find numerous bikini related contests and activities, such as the SpyOnVegas Hot100 contest at the Wet Republic at MGM Grand, IFBB Legends Pro Bikini, and Bikini Bike Wash at the Las Vegas BikeFest.

The postcard was a cut out from a greeting card purchased at a local casino gift shop.
Posted by twimbk at 11:56 PM