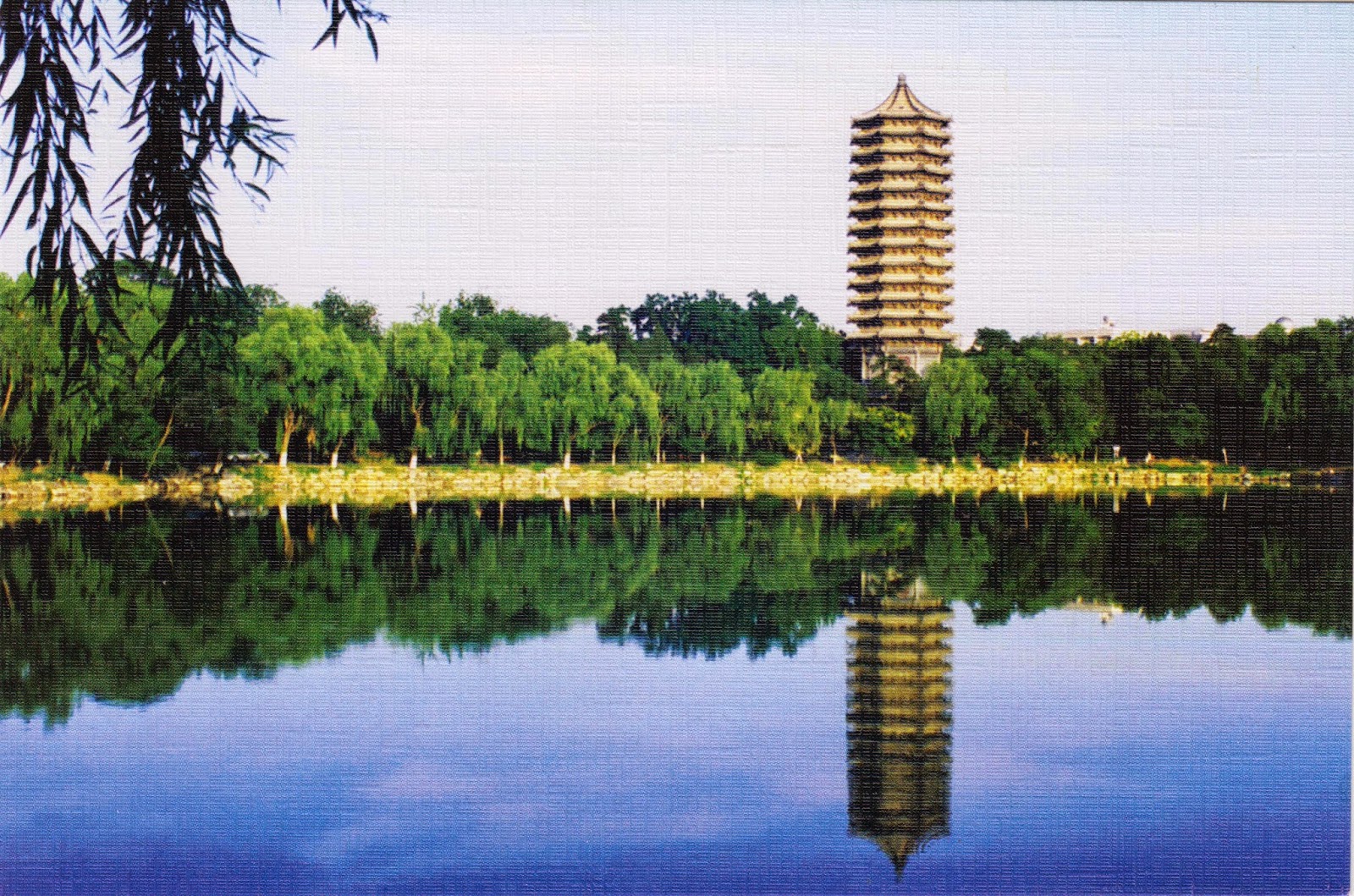 Professor Ji Xianlin (季羡林), born August 6, 1911, was a Chinese Indologist, linguist, paleographer, historian, and writer. He passed away in Beijing five years ago on July 11, 2009.

The postcard shows the campus of Peking University where Professor Ji founded the Department of Eastern Languages soon after his return from oversea in 1946. He became dean of the department and held a long career as one of greatest scholars in China in the field of Eastern studies, specialized in ancient Indian languages and culture. In 1978, Prof. Ji became vice president of Peking University and director of the Chinese Academy of Science's Research Institute on South Asia.

Coincidentally, another Chinese scholar was lost in the same day. Philosopher Ren Jiyu (任继愈), born April 15, 1916, was a scholar in religious studies and historian, and the Honorary Director of the National Library of China. He passed away in Beijing on July 11, 2009 at the age of 93.

In September 2004, Professor Ji Xianlin and Ren Jiyu, along with three other prominent scholars, jointly issued the 2004 Cultural Declaration at the 2004 Cultural Summit Forum in Beijing, The Declaration emphasizes the necessity of coexistence of a diverse-culture, and promotes equal rights for cultural exchanges, under the background of accelerating globalization.
Posted by twimbk at 11:51 PM