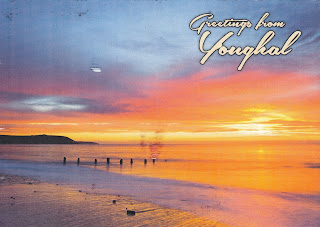 Postcard IE-100789 from Ireland shows a beach view of Youghal, a seaside resort town in County Cork, Ireland, on the estuary of the River Blackwater. It's a popular tourist destination.

In this St. Patrick's Day, the Brooklyn Bridge at New York-New York has turned green, where the three-day Celtic Feis festival are offering delicious Irish fare, specialty beverages, and live entertainment from March 17 to 19, 2016. Nine Fine Irishmen, an Irish bar adjacent to the bridge, was originally made in Ireland before shipped to Las Vegas and reassembled at the New York-New York site. The bar features nine draft beers including Guinness, Harp and Newcastle, and a large selection of Irish whiskey from the two most popular distilleries in Ireland. 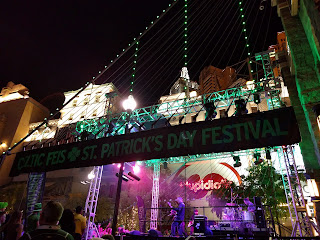