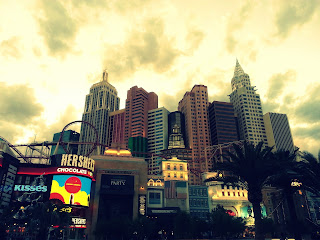 Outgoing postcard US-3263779 to Germany shows New York-New York Hotel & Casino with its architecture resembling the New York City skyline that includes the Empire State Building and the Chrysler Building. 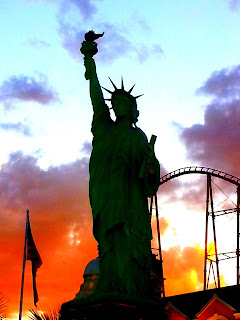 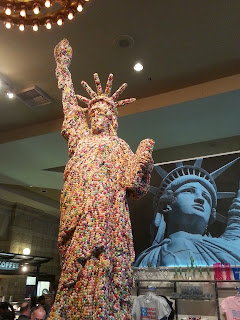 Shown predominantly on the lower-left part of the card, the Hershey’s Chocolate World store opened one year ago on June 3, 2014. It added yet one more 11-foot, 800-pound replica of the Statue of Liberty hand carved from milk chocolates. 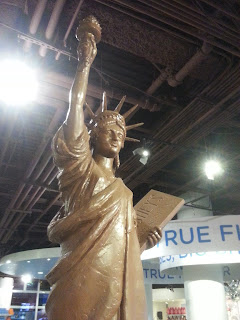 Among other things, Hershey's also features a replica of the Empire State Building, made out of 1,800 Hershey’s Milk Chocolate bars, on the second floor. 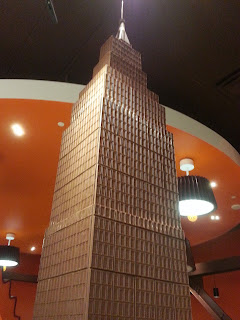