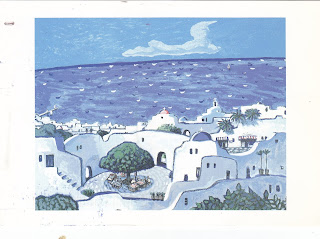 World Oceans Day, celebrated on June 8 every year, was originally proposed by Canada at the Earth Summit in Rio de Janeiro, Brazil in 1992. It was officially recognized by the United Nations in 2008. The 2015 Theme is "Healthy oceans, healthy planet." 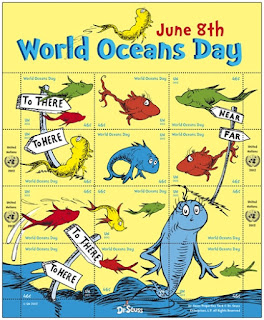 The United Nations Postal Administration issued three panes of 12 stamps on May 31, 2013 to raise awareness for World Oceans Day. The artwork by Yoshito Hirano on Postcard JP-240233 from Japan illustrates the important relationship between human settlements and the ocean.
Posted by twimbk at 11:55 PM