The Next Big Thing is Here 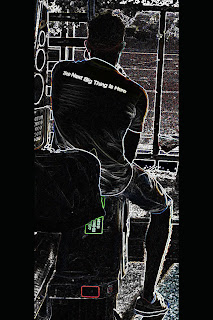 Postcard US-3627115 to Germany shows one of my street photos, taken on July 29, 2015, where the subject appeared to be wearing a Samsung T-shirt with a slogan "The Next Big Thing is Here."

Samsung lawyer Jon Quinn once claimed that "Apple's senior VP of marketing Phil Schiller was so concerned about Samsung’s Next Big Thing ad campaign, in which the company poked fun at Apple customers, that he emailed Tim Cook to suggest a change of ad agency to fight back."

Apple held a special event yesterday on March 21, 2016 to announce their new products.
Posted by twimbk at 11:54 PM