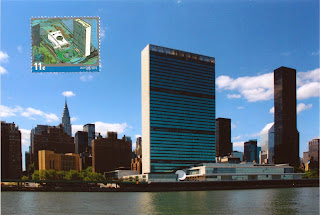 Some other postcards sent under a separated envelop on the same day, survived a mail catastrophe and arrived their destinations without any postmarks.
Posted by twimbk at 11:46 PM