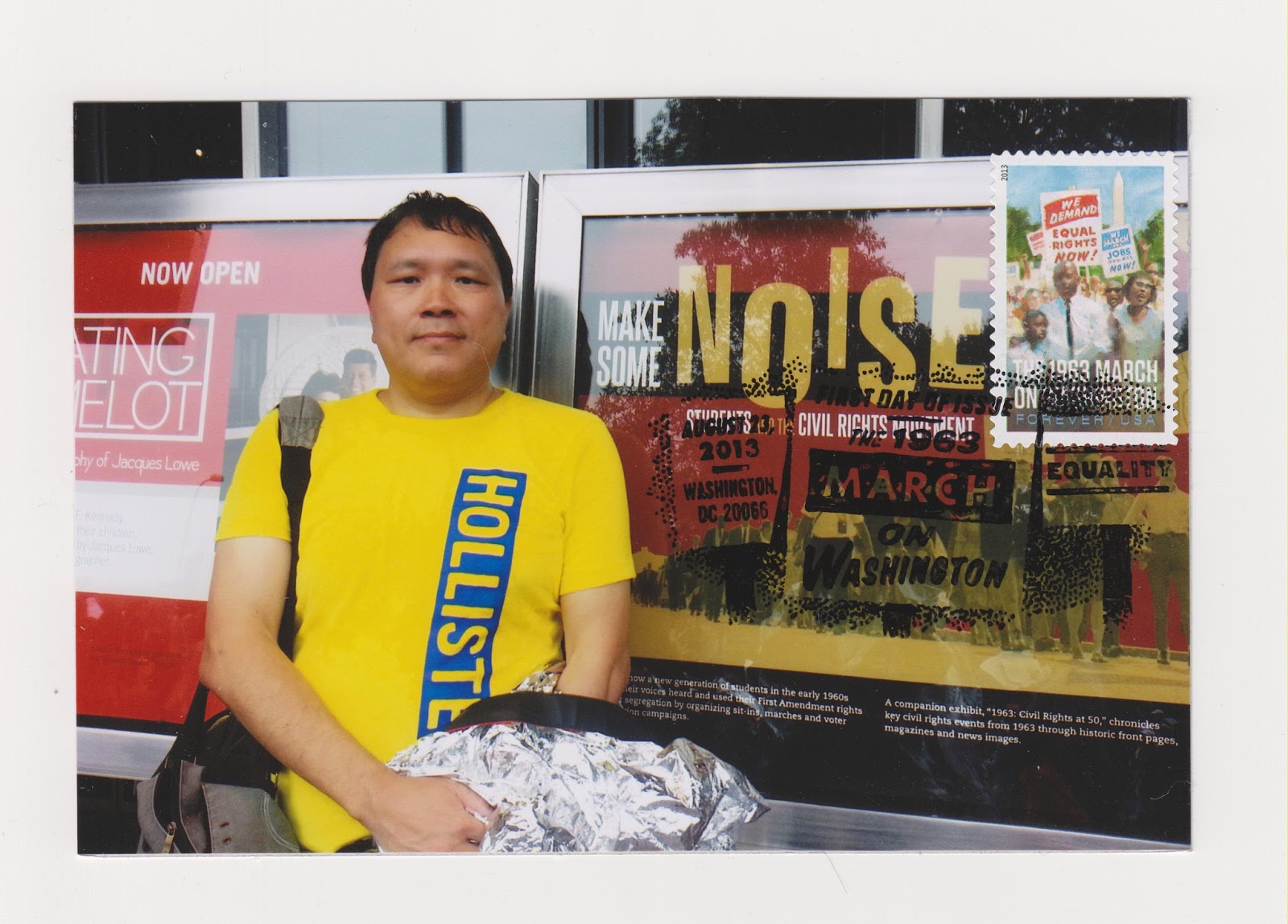 The theme of this year's parade was "Living the Dream: Where do we go from here?" It highlights the reflection and debate resulted from the racial tensions exposed after multiple police killings of black men last year. It is also a reminder that the struggle for equality is continuing and there are a lot to be done ahead.

The featured postcard was a maxi card featuring a self-portrait of me in front of the Newseum in Washington D.C. on August 28, 2013 with a USPS March on Washington Forever Stamp and its first-day-of-issue postmark.
Posted by twimbk at 11:53 PM