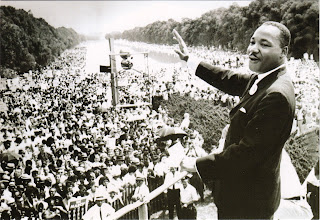 A massive crowd convened today at the Lincoln Memorial in Washington DC to commemorate the 50th anniversary of the "March on Washington for Jobs and Freedom". Also referred as "the Great March on Washington", that gathering on August 28, 1963 was one of the largest political rallies for human rights in United States history.

Postcard US-2323221 sent to Finland shows Martin Luther King, Jr., in front of the Lincoln Memorial, delivered his iconic "I Have a Dream" speech advocating racial harmony during the march.

A rally is planned on the National Mall for the 50th anniversary next Wednesday on August 28, 2013. President Obama is scheduled to speak on the steps of the Lincoln Memorial at 3 pm. 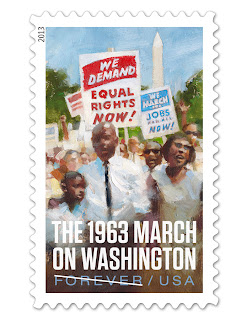