It's Going to be a New Day in Florida 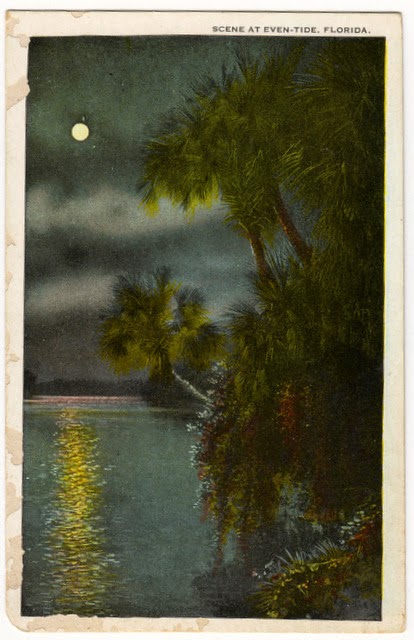 Postcard US-3141369 to USA was a vintage card showing a night scene under the full moon in Florida.

The clock has struck midnight on the East Coast. It marks a new day in Florida as it became the latest of 36 states and Washington D.C. in the U.S. where same-sex couples can now legally marry. Many courthouses in South Florida open overnight to issue marriage licenses and hold wedding ceremonies.

It was a drawn-out battle since the same-sex marriage ban, part of the State Constitution Amendment 2, passed with a 62% voter approval in 2008. In the end, Florida Attorney General Pam Bondi's many appeals, a bogus legal advice from a private law firm to clerks, and the last minute attempts from a conservative legal group Liberty Counsel, can not turn back tide.
Posted by twimbk at 11:58 PM