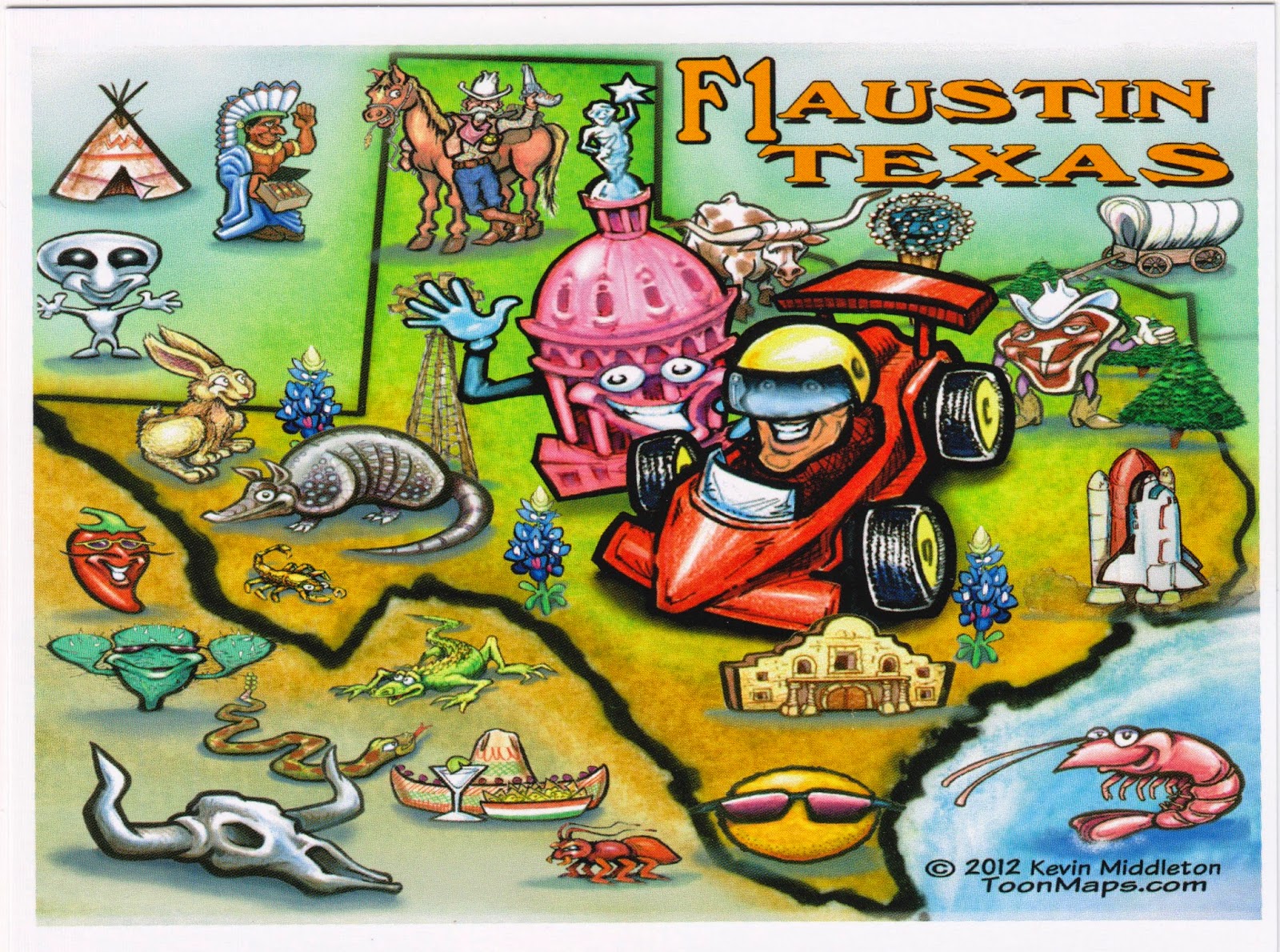 Postcard US-2886187 to Spain shows the major attractions around the Formula One United States Grand Prix in Austin, Texas. Austin, the Texas capital with a population of 885,000 in a 2013 U.S. Census Bureau estimate, is hosting the race this weekend for the third time and offering spectators with great food and live music.

On a side note, there are recent discussions in bringing a Formula One street race back to Las Vegas, Nevada.
Posted by twimbk at 11:59 PM