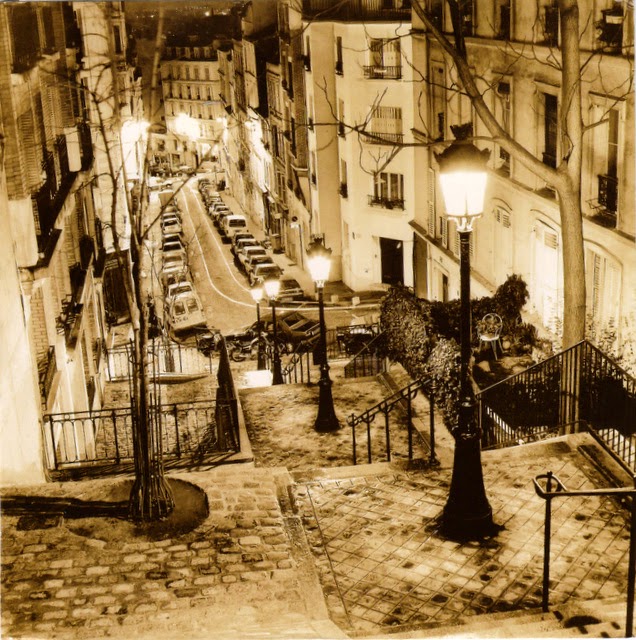 Postcard FR-446497 from France shows Montmartre, a 130-meter-tall hill in the north of Paris, France. It is known for the white-domed Basilica of the Sacré Cœur on its summit. The ancient Romans had referred the site as Mount Mercury in the 8th century, and Mount Mars in the 9th century. Saint Denis, a Christian bishop, was decapitated on the hilltop in 250 AD for preaching the Christian faith. The hill was named Mountain of the Martyr to commemorate the martyrdom of Saint Denis.

Many artists had set up studios or shops in or around Montmartre, including Salvador Dalí, Amedeo Modigliani, Claude Monet, Piet Mondrian, Pablo Picasso, Camille Pissarro and Vincent van Gogh.

Now Montmartre is also know as a nightclub district with vibrant nightlife.
Posted by twimbk at 11:40 PM